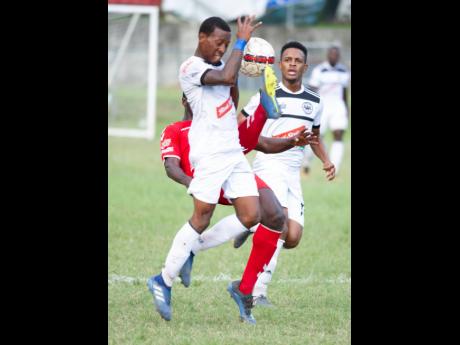 Cavalier’s Chevonne Marsh takes evasive action from a tackle by UWI’s Tejuran Williams, who attempts to clear the ball as Alex Marshall looks on, during a Red Stripe Premier League match on December 2, 2018. 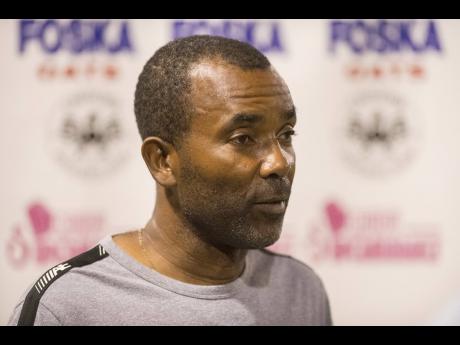 If Chevonne Marsh's move from Cavalier to a Central American club goes through before the end of the month, it would spell the end of Cavalier's famous attacking trio of Marsh, Nicholas Hamilton and Alex Marshall.

Hamilton and Marshall have both been contracted to play for the Canadian Premier League (CPL) clubs last season.

And with Marsh's move pending, club coach Rudolph Speid admits that come this season, without his experience and proven trio, they will now have to look to a new attacking force.

Nevertheless, he said they have prepared for this moment and he is convinced that his young players have the talent and enough experience to compete this season and challenge in the next.

"Last year we build the team around Marsh after the exit of Hamilton, Marshall and (Kaheem) Paris. But this year we intend to construct the team in a different way. The team will play a little different, because we will have to compensate for him (Marsh).

"So everyone will now have to be concerned with a new attacking force from Cavalier, and we are going to have our work cut out for us," he said.

He noted that Marsh, Hamilton and Marshall (known as the MHM) have been playing together from an early age, so they know each other well. But Marsh's move means he will be the last one out, which also means it will be difficult to get back to the level they have played at for the last few seasons.

However, he said they anticipate that this day would eventually come and have been taking steps to get their best young players up to speed to play at the Premier League level.

"One of the good thing about this is that we have been preparing for the exit of these [top] players and we were preparing the young players, so we were giving them game (time) to come to fruition.

"They are all standout forwards, but we will have to build them. But these players have played a number of international youth tournaments, so they are very experienced," he continued.

"This is Webster's fourth year, Atkinson's second year, and Thomas' third year. The transition is at the right time and I think they are ready.

"They don't have those (senior) players' experience as yet, but they do have the talent. And even if they don't get it right this year, by next year they will get in their stride and do a lot," he said.