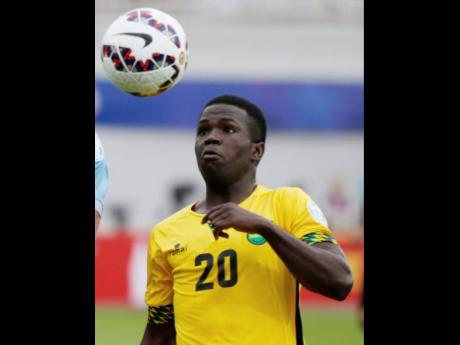 National player Kemar 'Taxi' Lawrence revealed that his mind was far from representing Jamaica at the senior level when he broke into the team in 2015 as he was working on fine-tuning his game.

Speaking with Clyde and Jhunelle Jureidini on Harbour View FC Instagram Live on Wednesday, the former national under-20 player insisted that getting his game right was his main objective at the time.

"I wanted to get certain aspects of game my right before the call-up happened, so when I got the call up I could stay in the team, as I am doing now, and play every game."

However, when the quality of his game came together and his aspiration to represent the national team grew, he was overlooked for a while until the German, Winfried Schafer, came in and gave him his opportunity.

"When I started to do the things right, I wanted a national call but it didn't happen. It was a different coaching staff that came in, in coach Schafer, who came to a (premier League) game, saw me, and called me for a double (international) friendly against Trinidad, and after he told me I was the person he wanted to play that position," he continued.

Lawrence, who left MLS club Red Bulls in the last off season to join Belgian premiership club Anderlecht, also revealed that after completing his first full tour with the national senior team, he developed a confidence that he could play with or against anyone in the world.