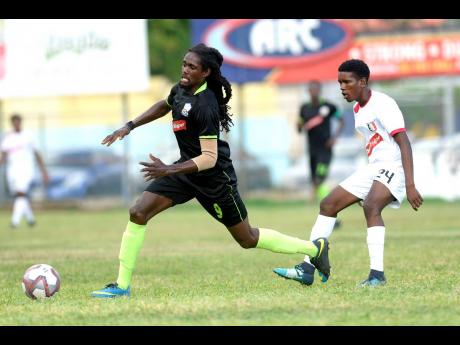 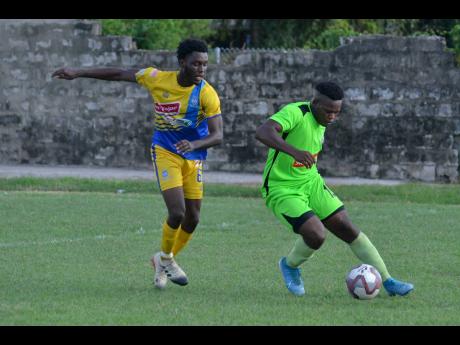 Tafari Chambers of Molynes United FC gets away from Jermey Nelson (left) of Harbour View FC in a Red Stripe Premier League match at the Constant Field, on November 27, 2019.
1
2

President of Molynes United Herman Cruickshank said the club will rely a lot more on community support rather than corporate assistance to help finance their way through the 2020-2021 Red Stripe Premier League (RSPL) season.

Cruickshank said they placed their faith in the hands of their corporate sponsors to assist them with financing the team last season, but that prove insufficient and unreliable, as a result, the Molynes United president said they are looking at more innovative ways to get the fans and community members involve in generating funds for the club.

When the league was called off in March, Molynes (29 points) was in tenth placed and 11 points clear of the relegation zone and although Cruickshank understands that clubs at the top have been affected more by the cancellation, he believes that cancelling was not a bad choice, as very few clubs could have afford to finance the remainder of the season.

"Our club abstain from voting (on the season). We didn't vote, because to start back the league and get it running again, people like Molynes couldn't afford it. I don't know who could because of the things and restrictions that were needed to be put in place. So, instead, we used the opportunity to put our house in order, fix our field and do work on the club.

"We would have needed to pay at least another $4-5 million, that we didn't budget for and we didn't have, to finish the season. We would have to sanitise and put all kind of things in place, and who would have subsidise that?

"So even though everybody wanted to play, they knew deep down we couldn't unless [the] Government or the JFF came in and gave us the additional money to get the league going.

"Where would you get three to four months of money to continue? So it was a good move, although teams like Waterhouse and Mount Pleasant, who are just a point apart and want to play Concacaf (leagues) and win the (domestic) league, had more at stake. But I wouldn't fool myself, I knew we couldn't find an additional $5 million the carry through (the season). It/s better we use the $5 million to start the preseason next season," he insisted.