Rankine itching to get back on the pitch 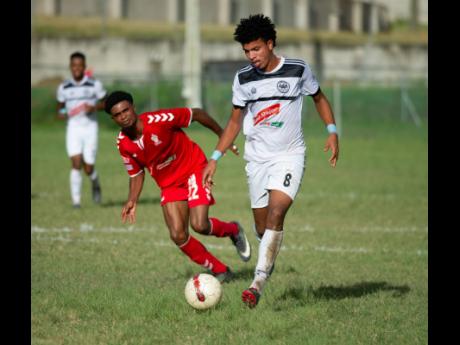 Mount Pleasant midfielder Leonard Rankine said he was just getting into a good run of form when the coronavirus pandemic brought the Red Stripe Premier League (RSPL) to a halt.

The highly rated midfielder, who left Cavalier in the January transfer window to join the St Ann club, said fitness issues hampered him initially after making the move.

But just as he was getting back to his best and solidifying his place in the team, the league was suspended because of the global health crisis, and he is hoping the league restarts soon so he can pick up where he left off.

"Coming to Mount Pleasant in the January transfer window I wasn't really training. I was doing some work but not on a top level. The injury I was carrying was not that bad but it took time (to heal).

"I have played five games so far and I have started in all five games and played 90 minutes in the last three games, so I was just getting into my rhythm.

"I am happy where I am at now, it's just the coronavirus that has put a setback on my career and my time at Mount Pleasant but I'm still hoping for the best," he said.

Despite the uncertainty surrounding the restart of the competition, Rankine believes the league can and should be completed. He also wants to help his new team achieve their goal of being national champion this season.

"Yes, I think it is still possible (to finish the league), the only thing is we will have a shorter off season. But have I set my mind for the resumption of the league and that's why I am here doing some extra work and just keeping my fingers crossed for the league to return, as I want to help the club to be crowned 2019/2020 winner of the championship," he said.

Rankine was the main man in Cavalier midfield for two seasons, and although things have developed slowly for him in St Ann, he is confident that next season he will rekindle his best form.

"I believe so (can get back to best). I wasn't a hundred per cent fit so I was here and there. But a good preseason has a lot to do with everything and I think the new (next) season will be a better season for me," he said.

"But for now I'm trying to keep myself fit and waiting for the restart of the season to continue where I left off and improve on what I was doing," he added.