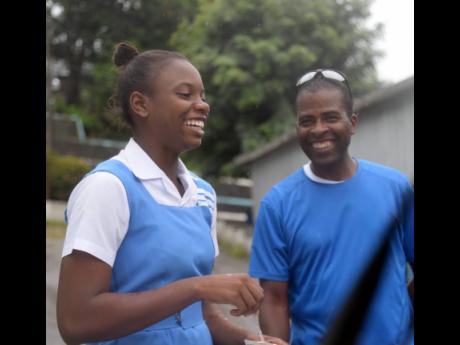 Michael Dyke, head coach of defending girls' inter-secondary champions Edwin Allen High, says yesterday's the decision to cancel the March 24-28 ISSA/GraceKennedy Boys and Girls' Athletic championships is disappointing. The move came a day after it was recommended by Government that schools and colleges forego participation in the April 23-25 Penn Relays in the United States. "Everybody is really disappointed because I just had a meeting (yesterday) with everyone," Dyke said. "They, however, understand what is happening ... health comes first and we have to work with the authorities."

Dyke's biggest concern is his final year athletes who rely on the annual events to showcase their talents and to attract scholarships and other opportunities.

"We are very concerned about the final year students who would have been anticipating scholarships. These students have been looking towards the Penn Relays especially with our dominance at these Relays. We have won six consecutive 4x100 metres and was looking at another one.

"But we have to take into consideration our health, because we could have gone there (Penns) and persons contract the virus and got sick. So, amid the disappointment, we have to be cognisant that there is another chance, maybe not for everyone," he said.

Dyke said he would have also supported a closed door championships and was confident of guiding the Clarendon school to their sixth straight title and seventh overall. "If they had decided to have it (Champs) behind closed doors I wouldn't have a problem. The students would still get an opportunity, even if they do not have spectators, they would have got media coverage. The world is now an electronic hub and it takes no time for performances to get out," he added.

Like many other schools, Edwin Allen had invested lots of time and resources in preparing for 'Champs' and Dyke was hoping to recover those expenses through sponsorship ahead of Champs.

"We spend a lot preparing and the hope is that we would have got some positive sponsorship out of this year's championship through old boys and companies," he said.