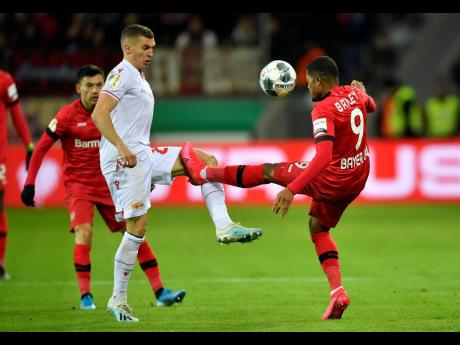 Meadforest's president, Dalgalish Henry, says it is in the hands of the Kingston And St Andrew Football Association (KSAFA) to submit the necessary documents to the Jamaica Football Federation (JFF), who will submit the documents to FIFA on their behalf.

But Henry believes it has taken too long and complained that KSAFA is dragging its feet and can do more to speed up the process.

"We have been getting the runaround. KSAFA should have submitted things on the clubs' behalf. It is listed on the official (FIFA) website that Meadforest, Rockfort and Central Kingston are clubs that he (Bailey) played for and should be compensated.

"But whenever we call KSAFA, (general secretary, Dwayne) Dillon does not turn up at the meetings and we have called several meetings," he said. He added that they have complained to the president but nothing has been done.

Henry has written to FIFA to voice his concerns but the sport's governing body directed him to the JFF. He has contacted the JFF and asked for their intervention to speed up the process.

However, the JFF informed him they were awaiting one final document from the KSAFA before they could make the submissions.

"They told me they are waiting on a document from KSAFA. But it's the length of time. It has taken too long," he noted.

Meanwhile, Dillon admitted they are still in the process of completing the final document to be submitted to the federation.

"It (process) has been taking a while and there are various factors but the federation has been responding. We have an outstanding document to give to them and that will finalise that documentation and then we will see how long it will take," he said.

He added that he feels very positive about the outcome. "We just have to go through the process," he said.