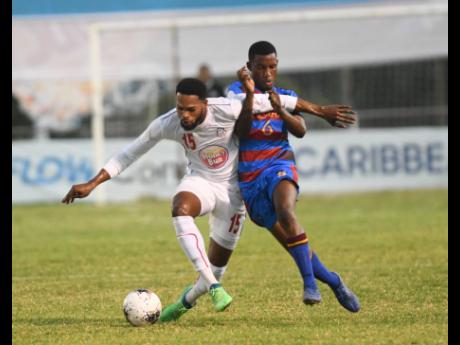 Defending champions Portmore United was knocked out of the Caribbean Club Championship after losing their must-win Group B game 1-0 to Haitian club, Arcahaie, at the Anthony Spaulding Sports Complex last night.

Marc Beldor scored the all-important goal five minutes from time for Arcahaie, who will join Dominica Republic team, Atletico Pantoja, along with Waterhouse and Ciboa FC from Group A, in the last four.

Portmore coach Ricardo Gardner believes over-confidence played a major role in their under par display in the tournament and said their performance was ‘unacceptable’.

“It’s very hard to come as champions and go out like that is unacceptable.

“We have to really go back to the drawing board. We got a lot of chances and we didn’t take any of them. Then we went up the other end and gave away a free kick we shouldn’t have and didn’t defend it properly,” he said.

Portmore had the first chance after two minutes but Tevin Shaw could not make the most of Shandee James’ delightful low cross from the right.