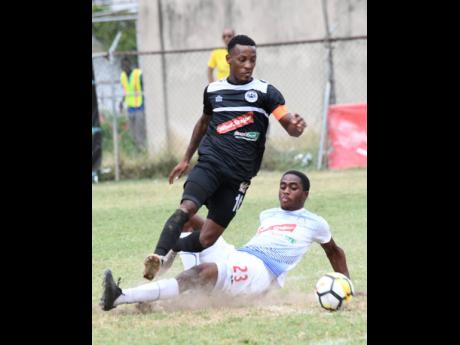 Cavalier Sporting director Rudolph Speid said the club is in a race against the clock to sort out COVID-19 travel arrangement issues by the end of the month, when the transfer window closes, in order for attacking midfielder Chevonne Marsh to take up a deal with a Central American club.

Speid would not disclose where the player could be headed, but shared that the interested club wants the player and that they have almost agreed terms but that the move is being held up by a number of external issues.

"There are a lot of issues with COVID and other things and he has to get everything done by the end of the month, so it is a race against the time."

Nevertheless, he said the club is working tooth and nail to get the deal across the line and they remain positive that they can make it go through before the January transfer window closes.

"Travelling at this time is not that easy and that's the main issue but we think we should be able to get there in time," he said.

Meanwhile, the 26 year old Marsh was coy about the potential move.

"Nothing has pull through as yet. It is a potential move, it is in the pipeline and it has been going on for about two weeks now.

"So it's a possibility something may pull through but there are still talks," Marsh stated.

The former Calabar High School forward has been Cavalier top performer for some time, especially since their return to the Premier League four seasons ago after a one-year absence.

Marsh, who has played overseas in the USL and Finland first division, was voted the club's player of the decade last year.

He has scored one goal in five international matches for his country.