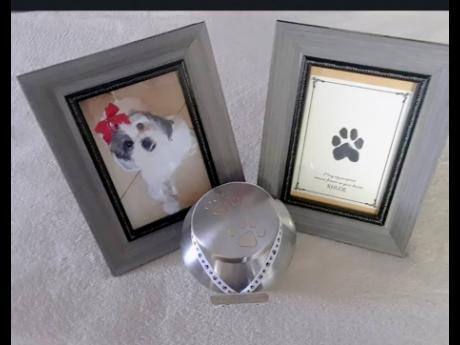 One of the memorabilia packages offered by Faithful Friends Pet Cremation Jamaica. 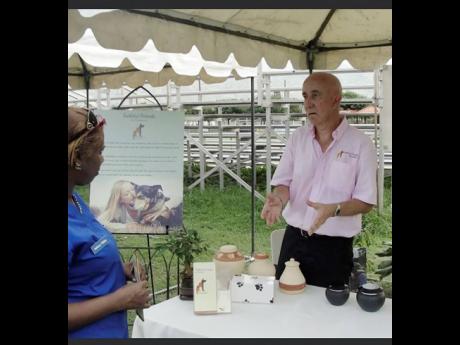 Chris Ingledew, founder of Faithful Friends Pet Cremation Jamaica, says more Jamaicans have been choosing to cremate their pets rather than bury them, as they want to keep the ashes.

"They want to have them (pets) close to them, in the house with them. They don't love the thought of burying the animals," Ingledew said. "A lot of pets are support columns for people, and a lot of people don't have anyone in their lives and the animal makes them feel good and feel happier."

Pet cremation is carried out through an incinerator, which burns the body leaving behind the bones. The bones are further burnt into ashes, an overall process lasting at least two hours.

Ingledew, 54, said that most of the more than 2,000 cremations he has done are of dogs, but noted that pet owners have also brought in cats, goats, birds, guinea pigs and rabbits.

A pet lover himself, he started the business four years ago and said his inspiration stemmed from seeing veterinarians disposing of client's pets in the garbage.

"People think when the vets state they're going to dispose of the body, they believe it's going to be cremated. They throw it in garbage truck and I think it's immoral and wrong," he said.

Ingledew was engaged in the retail industry before changing course. He gained training from a US-based cremation company and having returned to Jamaica in 2016, he found his niche.

He told THE WEEKEND STAR that some clients have even requested to have 'pet memorabilia' created, for example, a tooth or ball of hair being framed.

"Some people ask to view the cremation, some request a photo, some people put food with their pets. It's not weird," he said.