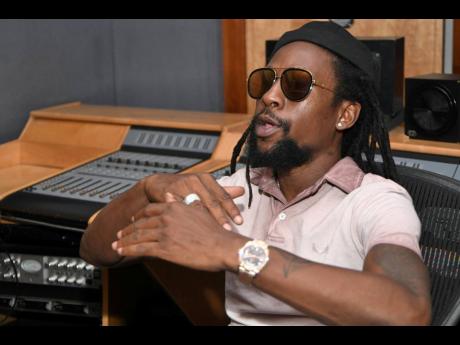 Reggae artiste Jah Cure, who remains in pre-trial detention in Amsterdam, will have a day in court next week.

The Netherlands Public Prosecution Service confirmed to THE WEEKEND STAR that the suspect would appear in the Council Chamber, which is a part of the court system, next Monday.

"[At that time], a decision will be made on the extension of the pre-trial detention. Usually, that decision is announced a day later," the source explained.

Jah Cure, whose given name is Siccaturie Alcock, celebrated his 43rd birthday on October 11, and a post appeared on his social-media page with him in high spirits, giving rise to speculation that he had been released from jail. That was not the case.

Reports out of the Netherlands are that Jah Cure allegedly stabbed 45-year-old concert promoter, Nicardo' Papa' Blake, in the stomach on October 1 during an incident at Dam Square in the city centre of Amsterdam.

Reports are that after a quick investigation, the police arrested Jah Cure in the city centre of Utrecht on October 2. He was arraigned October 5 before an examining judge on suspicion of attempted manslaughter, aggravated assault or attempted aggravated assault.

The examining judge ordered him to be placed on remand for 14 days. A date for a possible trial has not been announced.

Contact was made with the Jamaican Embassy in Brussels for details on the type of assistance being given to Jah Cure and his legal representation. However, Ambassador Symone Betton Nayo said she would be unable to give out any information, as such requests have to be channelled through the public relations department of the Ministry of Foreign Affairs and Foreign Trade (MFAFT).

An email was sent to the director of public relations and communications at the MFAFT last week Wednesday. However, THE WEEKEND STAR was told that it would take "some time to execute this request as this matter is highly sensitive".

Jah Cure's manager, Nathan Cowan, told THE WEEKEND STAR last week Wednesday that "things are up in the air" but that Jah Cure was receiving a lot of support, including from his record company, VP Records.

Cowan said he would have a statement ready the following day, but has subsequently declined to make any comment.