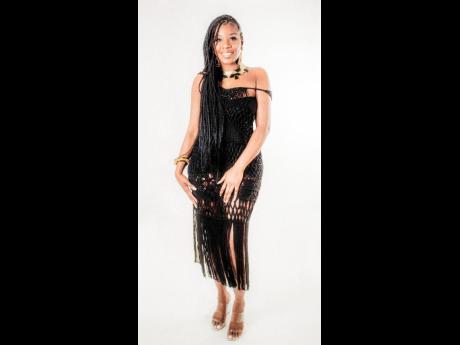 Fourteen years ago, singer Nardia Rose was living her best life in Jamaica. She was making strides with two singles Real Hot Gal, and If You Wanna Dance, featuring Rolly Bop and Sample Six.

In 2007, right when her music career was taking flight, Rose returned to New York to start a family and eventually went back to school. After a hiatus, the Bronx-based singer is back with a brand new name NRozae, a new sound and a cover of Courtney Melody's Modern Girl. NRozae said the idea for the cover was the brainchild of executive producer, Sharmell John, of Diamond Queen Records.

"Sharmell wanted to inject new life into an old song and put an upbeat rhythm and feel to it. She choose Modern Girl as the song and what a great choice it is turning out to be," she shared.

Sharmell has some history in the entertainment industry. In the 80s, she was a founding member of girl group Sha-Lor, and shared stage with Soul To Soul, Shelly Thunder and the London Philharmonic Orchestra at Brixton Academy in London, England.

For the Modern Girl project, Sharmell solicited the services of producer Omarion Banga to create the beat.

"At first, we were thinking I should say, 'I need a modern man,' but it just made sense to just stick with 'I am a modern girl'," NRozae said, explaining that a "modern girl in 2020 is one who knows how to take care of her man, but still knows how to be alluring and not lose herself."

Originally co-produced by Robert Ffrench, Modern Girl was a massive reggae hit in 1986, topping charts in Jamaica, US, Canada and parts of Europe and Japan.

"Robert is very pleased with the finished product. He said I brought new life to the song and is confident it will be fire again" she said.

So far, social media has responded favourably to pre-promotion of the track.

"I have been getting positive responses from fans here in the US and as far as Russia, England and Africa. It's crazy the feedback."

NRozae, it seems, was destined to purse a career in music. Her late dad, Patrick Flemming played the trumpet on Denroy Morgan's 1979 hit song I'll Do Anything For You, as well as Dennis Brown's Westbound Train.