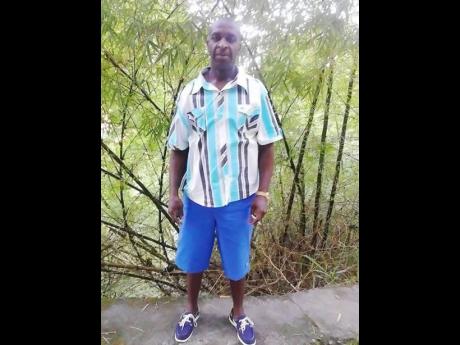 More than a month after his murder, the family of Oneil Douglas is still seeking answers.

On May 21, Douglas, 45, was shot and killed minutes after leaving his wife and children inside their home in Stony Hill, St Andrew.

According to the Corporate Communications Unit, "At about 7:15 a.m., Oneil Douglas was found slumped over his steering wheel with gunshot wounds to his upper body. He was taken to the hospital where he was pronounced dead."

Douglas left home to conduct business, when his car broke down a few metres away from his house. It is believed that a car pulled up and men alighted and opened fire, fatally shooting Douglas inside his vehicle.

Anikah Murray, Douglas' sister, who is living overseas, told THE STAR that the family is gutted.

Car was sprayed with bullets

"My mom, myself and our immediate family reside in New York and unable to get down there right away because of the coronavirus. My mom is heartbroken, and my family is in pieces as we spoke to him the night before and he was fine. He had told us he finished washing the kids' clothes and cooking for them as he took care of them on the days his wife had to work," she said. "His car was sprayed with bullets and he received six shots. One in his ear and one in his neck."

Murray described her older brother as a Christian and 'family man'.

"He worked hard to provide for his family and someone took his life for no reason. His children and his wife are now left without the head of their household. We are desperate for answers and are searching for them," she said. "I'm praying we get the answers we deserve so one day we can smile again."

The family learnt of Douglas' death after they were called by his wife, who discovered him bleeding out around the steering wheel.

"His wife called my mom on WhatsApp. She heard the gunshots and people were calling to tell her that he was on the side of the road. She ran down to see that it was him, then she called my mom," Murray added. The Stony Hill police are investigating.