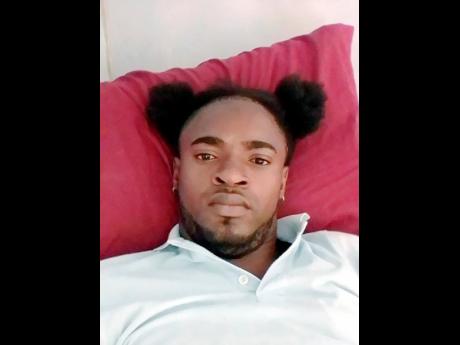 Residents living in the small farm community of Coffee Ground, in Seaford Town, Westmoreland, are still in shock following the discovery of one of their community members, whose body was found hacked to pieces in bushes last Friday.

The deceased has been identified as 28-year-old Aldon 'Bling' Fearing, taxi operator. His head was partially severed, and both feet amputated. A suspect has since been taken into custody.

Shanekia Williams, the girlfriend of Fearing's brother, told THE STAR that the incident has left everyone in shock and traumatised.

"Aldon a one a di best person you can find. Him kind, him loving, and him always di deh fi help people, especially fi transport dem round the place," Williams said.

She stated that last Friday, Fearing was at the house and went to the bathroom about 7 p.m. Some minutes later they overheard him shouting for help.

Williams said that her boyfriend ran towards the direction of the screams but found nothing. The entire family joined in the search and they later alerted the police, who drove to the community and started to comb sections of the bushes.

About an hour later, the suspect walked towards them, and asked them what was taking place. They asked him what he had done with Fearing, but he said he did not know what they were talking about.

The search party saw a blood trail which they followed in the bushes. The suspect was later taken into custody.

About 8:30 p.m., they stumbled upon Fearing's body, which was seen lying in a pool of blood. His legs were bound, and showed signs that he had been dragged to the location.

A police source said that during the course of this week, an investigation would be carried out, where the suspect is expected to be charged with murder.