Man accused of beating his brother to death 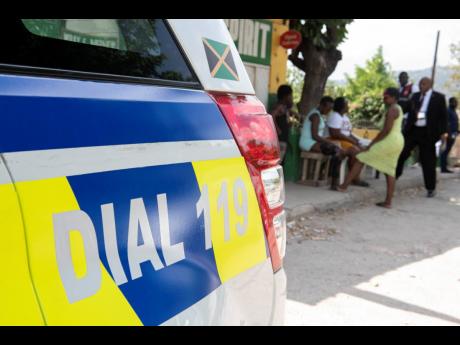 Residents in the small farm community of Success in Hanover were sent into shock on Monday morning, after news surfaced that an elderly man was beaten to death with a sledgehammer by his younger brother, following a dispute.

The deceased has been identified as 57-year-old Dalton Shippy, farmer, while his younger brother Alton Shippy, otherwise called 'Doctor', is now in police custody.

Reports by the Lucea police are that about 10 a.m., residents overheard an uproar at the house which is occupied by both siblings, and went to investigate.

One community member told THE STAR that both brothers were very close to her, and she is still reeling from the shock to know that an incident of this nature actually occurred in the community.

"Mi know Dalton from him much younger, and mi also know Doctor from him born," the community member said. "Both a dem live together inna the little house pon the hill. Everybody inna di community know seh Doctor nuh too sensible already, cause sometimes yuh see him have him hand a him ears, and a talk bout him deh pon cell phone, but apart from dat, him is not really a troublemaker."

She added, "When mi hear seh him kill Dalton, mi shock an everybody inna the community shock, because wi know seh dem have dem little argument at times, but wi neva a look fi dem kill dem one another."

The Lucea police say criminal charges will be laid against the accused, but based on investigations, a psychiatric evaluation may be ordered for him.