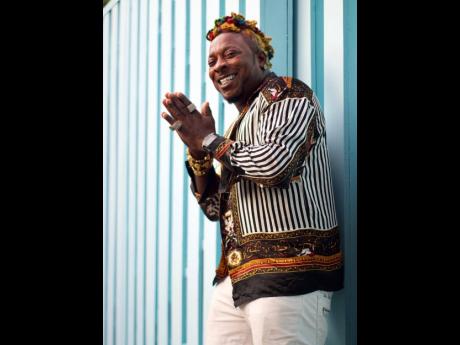 Health authorities on Thursday visited the upper St Andrew home of dancehall artiste Elephant Man, tested him and ordered him to remain within his premesis for 14 days.

The entertainer returned from Europe on Tuesday night and did not declare on his immigration form that he was in Germany, one of eight countries on which the Government has imposed travel restrictions as a result of COVID-19.

The self-styled Energy God said he is not exhibiting any symptoms of the new conoravirus which include respiratory symptoms, fever, cough, shortness of breath and breathing difficulties.

Following Thursday's visit to his house by health authorities, Elephant Man promised to be a evangelist for the cause of containing COVID-19 which he described as "an evil".

"If you are an entertainer, a public figure, if you are a Jamaican just travelling at this point to anywhere in the world, just know what the protocols are for when you return and do the right thing," he said.

"Do whatever the health officials want you to do because not doing it can cause a big problem like this. Ask more questions, read and research and just help each other to keep each other safe."

Europe, from where Elephant Man travelled, is now the 'epicentre' of the global coronavirus pandemic. As of Thursday afternoon, Germany has recorded some 15,320 cases of the novel coronavirus. The artiste described the disease, which has infected 244,740 people worldwide and killed 10,024 of its victims as of Thursday afternoon, as "di biggest threat to mankind right now".

Admitting that he incorrectly completed an immigration document, which required him to state all the countries he has been to in the past six weeks, a penitent Elephant Man on Thursday said that he is willing to do whatever it takes to make up for his lapse in judgment.

This was after the police launched an investigation into allegations that he made a false declaration made to an immigration officer. Reputed gangster Tesha Miller was fined $100 for a similar offence in 2017.