Westmoreland native gives back to his parish 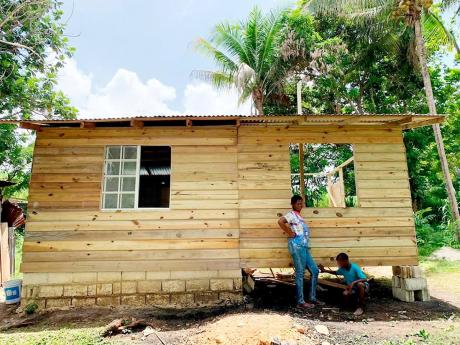 The home that Jackson is helping to build for a family of five. 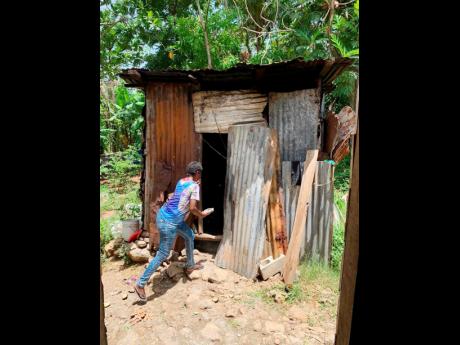 Stephanie Jarrett shows the current dwelling in which she lives with her family. 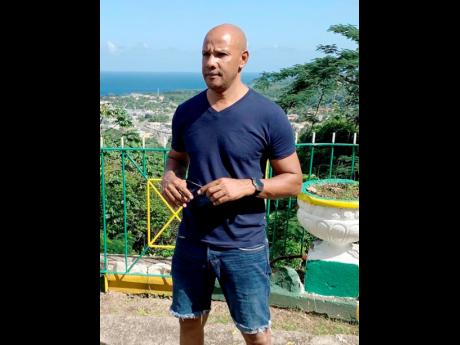 Dwight Jackson grew up in a home where he was taught to put his neighbours first at all times, and over the years, he has been manifesting that by changing the lives of the less fortunate persons in communities within Westmoreland.

"As a youth growing up, I saw my mother giving away her last piece of yam to persons who didn't have food. As I grew older, that followed me through life and I have always been that person who gives away the last something to somebody who has none, because my theory is, 'I will survive'," Jackson told THE STAR. "This is how I've been my whole life; I know that God will provide."

The 49-year-old philanthropist says he can relate to the struggles of the people, and that has also been a driving factor.

"When I see the conditions of some of these people, it hit home for me because I grew up in a place where I didn't have nothing, either," he said. "I'm dedicating myself to helping people. I have two full-time jobs. I am a DJ at nights and I manage three properties during the daytime."

For more than a year, Jackson has been spending his weekends roving through communities with his friend 'Bawly', distributing groceries and funds.

"We buy groceries and drive around the Westmoreland area with a car or bus full of groceries and hand out supplies. I live in the area, and I know people are really in need. I haven't even worked in three months because Negril closed down, but I have to give back," he said

Jackson has recently extended his helping hand by starting the construction of a home for a family of five in Moreland Hill.

"In my travelling, I came across a situation that is just ungodly and I had to jump in and help. I just went into the community to give out food, and when I saw how the people were living, water come a me eye," he said.

Being adamant about getting the family help, he posted a video to his Instagram page and persons then reached out to contribute.

"We started the house last Saturday, June 27. I'm also planning to build them a kitchen, bathroom and a tank so they can have running water," Jackson told THE STAR.

The family matriarch, Stephaine Jarrett, expressed her gratitude that a Good Samaritan changed her family's situation after losing their home to a fire in 2019.

"I appreciate what he do for us, and I give thanks that I will have a home for my brothers and my two kids. I went to the councillor to get a house, and all now it cannot come, so we just live in the outside board kitchen," said Jarrett. "But now I feel so good for what he (Jackson) is doing."