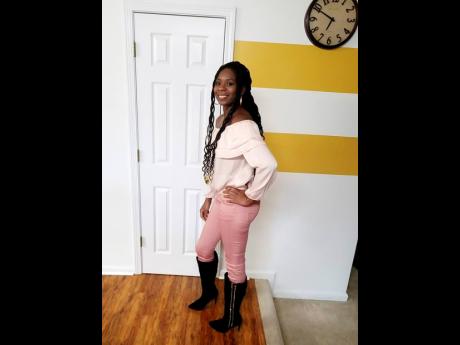 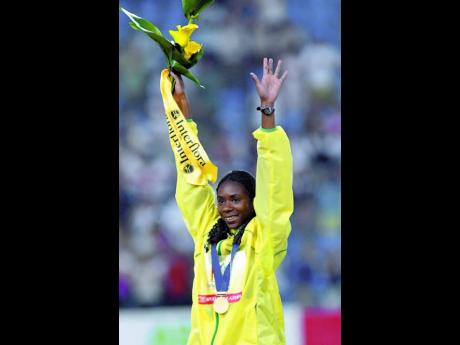 Those who have been following Champs for more than 20 years would be familiar with the name Elva Goulbourne.

At that time, all eyes were on one of the tiniest long jumper on the track, with leaps that smashed records.

Although she no longer competes professionally, the Dinthill Technical High School past student continues to keep a close watch on the ISSA/GraceKennedy Boys and Girls' Athletic Championships at the National Stadium, noting that a lot of changes have been made over the years.

"Champs has changed over the years, such as combining both boys and girls together. Not a lot of athletes are doing long jump anymore, but you can't really force anyone to do an event that they are really not comfortable doing. However, I wish there were more athletes taking on the event, though. I was born a sports person, so every chance I get I will tune in and follow each event closely," she said,

Goulbourne, (now Goulbourne-Rose) was 15 years old when she represented her school at Champs, and reflecting on the moment, she stated that her nerves were shattering.

"I was a rookie, very, very nervous. I was the smallest in size on the track and on that long jump runway. The older I got, the more I got comfortable. Preparation was very hard, because I had to train harder every day. To ease those tense days, I would listen to gospel music," she said.

She represented Jamaica in four consecutive athletics World Championships from 2001 to 2007. Her sole Olympic outing at the 2000 Sydney Games was also her best global performance, placing ninth.

She was a silver medallist at the 2002 Commonwealth Games. At the same competition, she also won silver with the Jamaican women's 4x100 metres relay team.

She was also a bronze medallist at the 1999 Pan American Games and a two-time champion at the Central American and Caribbean Championships in Athletics (2001 and 2003).