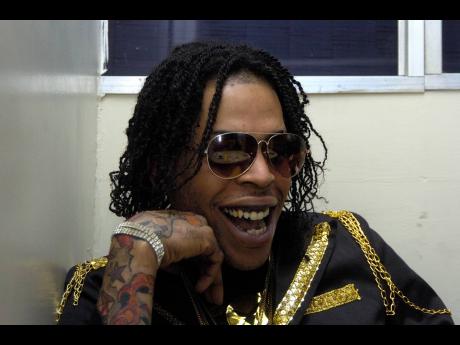 Despite quietly racking up millions of views, in an era where numbers count, dancehall artiste Savage says that he really doesn’t want to run dancehall, “but if it come, it come”.

The most recent signee to Vybz Kartel’s Gaza Empire says his focus is business driven, and has a budding real estate empire.

In an interview with THE STAR, the heavily tattooed artiste said it was his intention to become a property magnate, while mentioning those who help to keep him grounded.

“I could have been tempted to pull up in the latest 2021 Benz and have everybody talking that ‘Savage is the man, let’s play him tunes, let’s give him an interview’. But every time I drive go Grants Pen or Portmore, I would haffi buy liquor and weed fi every man. After all, yuh can’t a drive Benz and bruk. Give thanks to my mother and my girlfriend. The right way is always the right way whichever way you take it,” he declared.

Savage noted, “For some artistes it’s all about status and having nice things so dem buy a nice chain and a Rolex. When I have out a new tune, I spend my money doing YouTube ads and a video. Ah buy two apartments and rent out one. When I say that I own five houses that is no longer a myth. I’m not in the hype ting. I don’t have to be the number one trending artiste or the person who the media always calls on to give an opinion. But when the smoke clears, you going to see who is the man standing. I am getting the millions of views just like them, but my thing is quiet,” Savage stressed.

He said that up to 2019, his business portfolio had included four taxis, but he decided to sell the vehicles because it wasn’t viable for him. He is now “studying” property developers with an aim to enter that arena big time.

“I am amazed by the developers. Some of them tell me that dem come from Three Miles and some place with zinc fence. The developers tell you that dem can’t lose. Hopefully, one day I can go to the bank and get a loan to build my own 20 or 30 units. And then mi can put a three or four million in my bank account. Rihanna a do her music, but she is a billionaire not from music. Right now, mi nah pree a Benz, me a pree a foundation. After that, then we can buy every colour Benz,” he said.