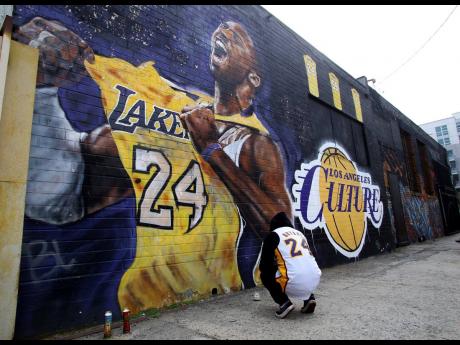 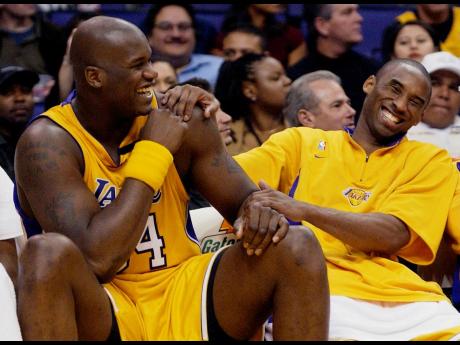 FILE - In this April 15, 2003, file photo, Los Angeles Lakers Shaquille O’Neal, left, and Kobe Bryant share a laugh on the bench while their teammate take on the Denver Nuggets during the fourth quarter at Staples Center in Los Angeles. 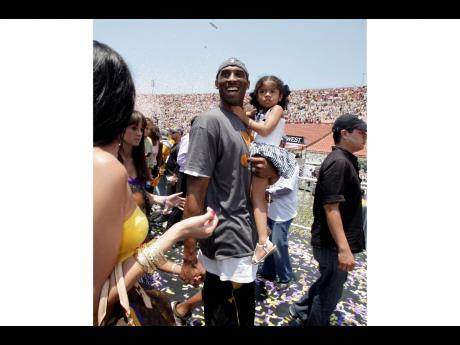 In this June 17, 2009 file photo Los Angeles Lakers’ Kobe Bryant smiles as he and his daughter Gianna Maria-Onore walk up the steps after the victory parade celebrating the Lakers’ NBA championship in Los Angeles. 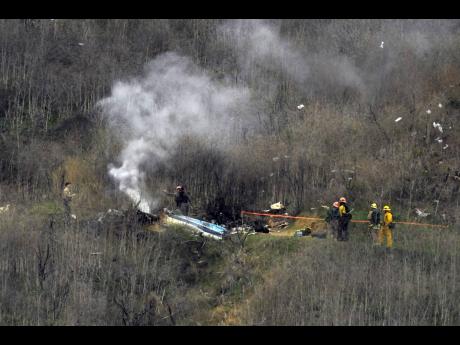 Firefighters work the scene of a helicopter crash Sunday, Jan. 26, 2020, in Calabasas, Calif. NBA basketball legend Kobe Bryant, his teenage daughter Gianna and three others were killed in the crash in Southern California yesterday. Left: In this March 2, 2019 photo, Kobe Bryant and his daughter Gianna watch the first half of an NCAA college basketball game between Connecticut and Houston in Storrs, Connecticut. 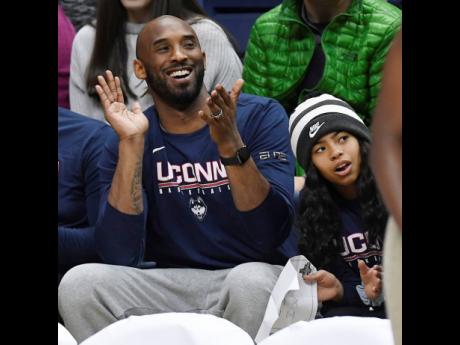 In this March 2, 2019 photo, Kobe Bryant and his daughter Gianna watch the first half of an NCAA college basketball game between Connecticut and Houston in Storrs, Connecticut. 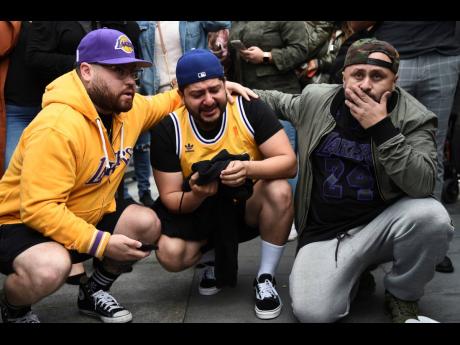 Los Angeles Lakers fans Alex Fultz, from left, Eddy Rivas and Rene Alfaro react to the death of former NBA player Kobe Bryant outside of the Staples Center prior to the 62nd annual Grammy Awards yesterday. 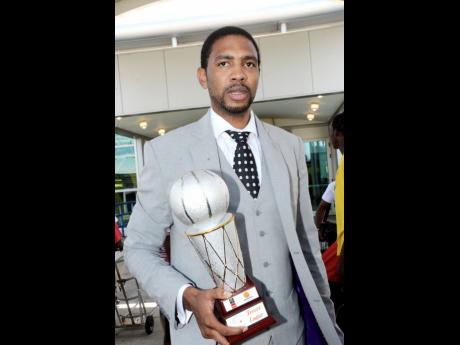 Williams, who had stints in the NBA with Orlando Magic and Atlanta Hawks between 2004-05, noted that Bryant who was affectionately called the "Black Mamba" by his peers will be remembered as one of the greatest basketball players ever.

"We Jamaicans respect Kobe because he loved Michael Jordan and people like champions and he won five championships with Lakers and he will be sadly missed by all," Williams said.

The five-time NBA champion was killed along with his daughter Gianna and seven others when the helicopter they were travelling crashed in the city of Calabasas, California yesterday. The helicopter was reportedly en route to Gianna's basketball game in Thousand Oaks.

"I am completely broken because this is worse sports news in the history of my life and it is worse tragtergy I heard of a superstar," said Williams. "This is a huge lost to the NBA family and to his wife and his other kids and so we won't forget this for the next 20 to 40 years because this is really sad," he said.

He also left a legacy that all of us will forever cherish," William stated.

Bryant played his entire 20-year career with the Los Angeles Lakers. He retired in April 2016.

His achievements include being the 2008 NBA Most Valuable Player and two-time NBA Finals MVP. He was also NBA scoring champion twice and a two-time Olympic champion. He famously scored 81 points against the Toronto Raptors in 2006, the second-highest single-game total in NBA history.

He also won an Oscar for best short animated film in 2018 for Dear Basketball, a five-minute film based on a love letter to the sport he had written in 2015.