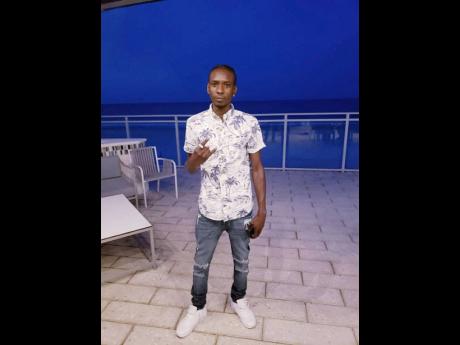 Already struggling to come to terms with the death of their relative, 28-year-old Oshane Burton, family members were left stunned yesterday when they turned up at a funeral home to attend his post-mortem, only to be told that his body was in an advanced state of decomposition and would require DNA testing to determine identity.

Burton died on November 4, 2020, just more than one and a half hours after being admitted to the Kingston Public Hospital. He was taken to hospital after complaining of dizziness, and experienced sudden loss of consciousness. He was also experiencing stiffening of his limbs and was frothing at the mouth.

"The body was released to us on the 12th [of November] and transferred to Tranquility. We got a call on Tuesday [January 5] that the autopsy would be done yesterday at 8:30 in the morning. When we went to identify the body, they told us that we can't identify the body because it is in decomposition state," Burton's sister, Sasha-Marie Harris, told THE WEEKEND STAR.

"We know that when we gave them the body, there was no puncture wound, nothing at all was wrong with the body," she added.

House of Tranquillity, the funeral home in question, is contracted to the Ministry of National Security to provide morgue services, which means it is responsible to collect and store bodies to be autopsied.

"Forensic cases are placed in a body bag because it cannot be tampered with, so physically, if decomposition is taking place, you wouldn't see anything because it would have been in the bag until you opened the bag. This is not the first case of this and it is not the last case either," Cornwall said.

Meanwhile, Harris said that the family was making plans to bury Burton, who she described as a jovial, fun person to be around and a very good mechanic, before his birthday on February 4. However, with the recent developments, that appears far-fetched.

"If it is that they are going to keep the body after today, when we get back the body there won't be a body because if it is so decomposed now, what's going to happen next week when they give us the body?," Harris quizzed.

"They are saying that we have two choices when we get back the body - a closed casket funeral or cremation. So whenever we do get him, we won't even have that choice, we only have to cremate him. There won't be no option. How fair is that to a family? And we can't even see him again for the last time?," she said.