Single woman says Christmas is time to focus on self 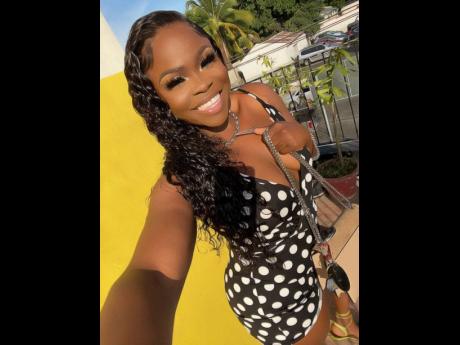 Simone Rochester is not worried that Christmas will find her single.

Simone Rochester is not worried that Christmas will find her single.
1
2

For some persons, Christmas is the time for companionship. But for Simone Rochester, she doesn't feel a companion is necessary for her to fully enjoy the merriment and happiness that the season brings.

Rochester, 35, and a mother of two boys, has been single for three months now, having ended her marriage with her husband of seven years earlier this year.

"I don't think I'm missing out on the companionship that Christmas is associated with, and that's because I have a strong support system. If I didn't have them, I probably would, but they don't allow me to feel sad or depressed," she said.

However, the make-up artist admitted that at nights she does get lonely. Her company most nights is the streaming platform Netflix, regardless of lacking a partner to 'chill' with.

"Of course, they (her support system) don't sleep with me but at nights, when it's worst, I do feel some type of way. Me just go my bed, watch two Netflix and go sleep. Some nights I cry and some nights I talk to my friends and it helps," Rochester said.

The Portmore, St Catherine, resident said when she was married, Christmas was a time dedicated to interacting with family members, church family and friends enjoying a special dinner. But, with a shift in her relationship status, it will welcome a new way of celebration.

Asked if she is single and searching, Rochester burst out in laughter and said, "No, I'm not looking, I'm very, very okay."

Last year, eharmony, an online dating website based in the United States of America, said it conducted a study in Christmas 2018 that found that 47 per cent of singles cited loneliness as the reason they dreaded Christmas.

"We're not saying every single person dreads Christmas - far from it. But as our survey shows, a large proportion of singles find surviving Christmas tough. Whether it's meeting up with old friends who are now in relationships or negotiating nosy family members who ask, 'Haven't found anyone yet then?', being single during the festive season can feel more like a fight for survival than a joyful holiday," eharmony's report on the findings said.

The COVID-19 pandemic has altered the way in which Christmas will be celebrated this year. In Jamaica and countries such as the USA and Britain, governments have implemented gathering rules aimed at discouraging mass events such as family dinners and lymes.

Rochester said that her approach to this year's Christmas, being the first one she is celebrating as a single woman in a long while, will be more focused on herself.

"A change in environment would help to not remind you of who you were with. It's a good time to become focused on yourself. Spend enough time to focus on you, figure out what you like and what you don't like."