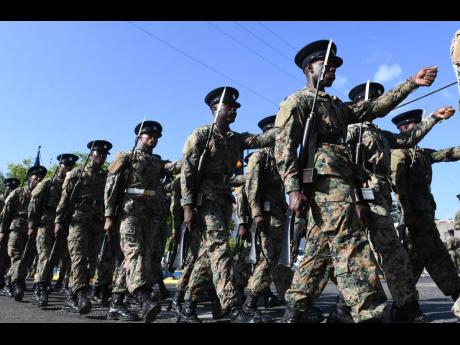 Jane Smith* is seeking answers after she says that she was barred from joining the Jamaica Defence Force (JDF), allegedly because she is a single mother.

Smith said she was contacted just days before the training was to begin, and informed that her application had been denied. The reason she said she was given was that she has two children.

"I got a call and they asked me if I have any dependents and I said yes. They said they are no longer accepting females with children. That is unfair because we had been training," Smith said.

She told THE STAR that after enlisting, she was told the date that training would begin, and borrowed $30,000 from relatives to buy the necessary equipment and gear.

"I had the intention to go training and make back the money," said Smith. She said that she has been seeking answers from the JDF, but said her efforts to contact officials have proven futile.

"They're not answering calls, it's just a lot of runaround. This is discriminating against me because you take females, but not the ones with children. You have single mothers who are trying to provide for their family, how am I supposed to feel about that?" Smith asked.

THE STAR reached out to the JDF for a comment but none was forthcoming up to press time.