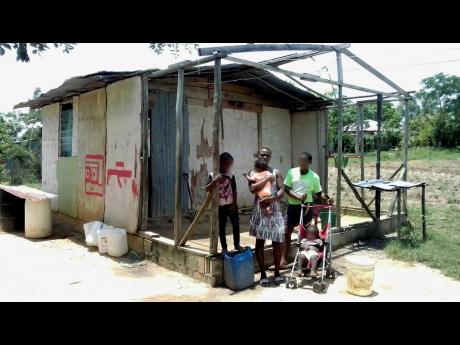 Williams (centre) with four of her boys. 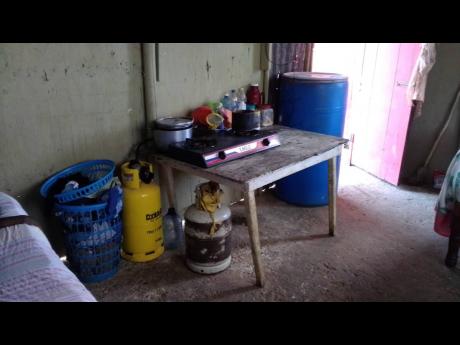 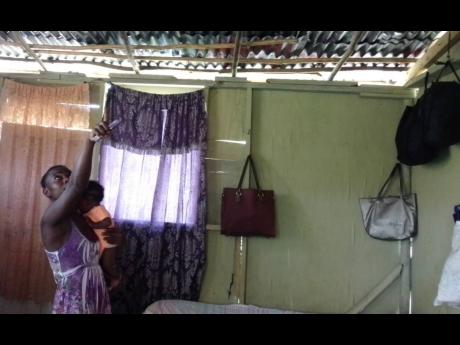 Nola Williams shows the leaky roof under which she lives with her boys.
1
2
3

Nola Williams, 30, who resides in Middlesex, St Elizabeth, has been struck by misfortune and is now forced to be living in deplorable conditions with six of her nine children.

She said that living without electricity, running water, proper clothing, and no food, constantly plagues her mind as she tries to sleep at nights. The house is also far from secure.

The single mother works as a farm hand for a few days in the week, but what she is being paid can barely sustain her, much less her children.

She is now appealing to the public for immediate help, as she can no longer cope.

Williams said that one of her babyfathers is "in and out a jail, an mi don't want dem fi tek up that kinda lifestyle deh".

"The father fi mi two last son dem use to help mi. A him put on the little piece a zinc dem pon the house and the old ply board dem. But when rain fall ,mi an the children dem wet up inna the house, which can barely hold all a wi, an a the bare concrete wi haffi a walk pon," he said.

Williams said that since she left all-age school years ago, she has had a life hard.

Williams tearfully related how she has to struggle on a daily basis to put food on her table.

The little farm that she is trying to cultivate behind her house is not bearing much, and if the crops do manage to make it, they would barely be enough to put food on her table.

William further stated that when school is in session, her children barely attend because she cannot afford books, uniform and food for all of them at once.