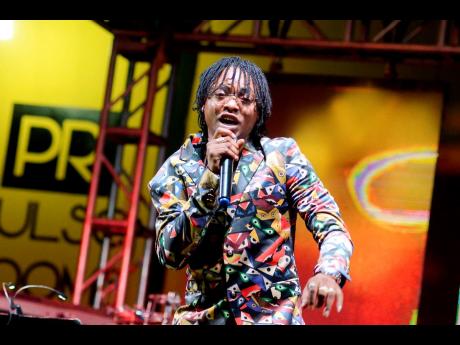 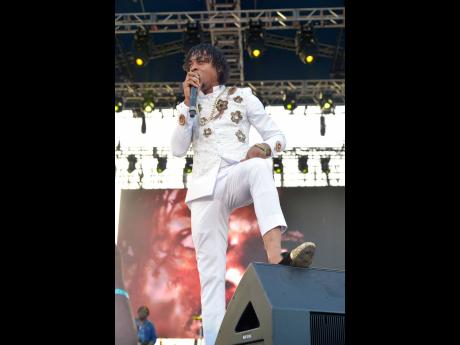 Popular Montego Bay-based dancehall artiste Rygin King was released from the operating theatre last night after being shot three times by men in Struie district, Westmoreland, yesterday. The entertainer, who is still in hospital, was reportedly chased into a gully and shot by an unrelenting gunman. The artiste was hit in the back and leg.

A woman, who is said to be Rygin King's girlfriend, was killed in the gun attack as she sat in a car with two children. A third person - a male, was shot and injured.

The Tuff artiste, whose given name is Matthew Smith, was part of an entourage that left his community in Norwood, St James, sometime after 2 p.m. and was travelling through Westmoreland.

According to the police, one of vehicles in which they were travelling was involved in an accident with a motor car being driven by a female driver. Following the crash, Rygin King and his team stopped at the location for approximately 45 minutes, assessing the damage and conversing with the female driver. While there, another car drove on the scene and one man alighted with a handgun.

He reportedly hurled a barrage of expletives at the entertainer and began chasing him around the car. The armed man opened fire multiple times, in the process hitting 28-year-old Sashalee Blackwood, who was sitting inside the vehicle with the two children. Blackwood is a customer service representative of Irwin Meadows, also of St James.

Police said that the third victim, a 25-year-old recording artiste, was also shot in his leg. The man then chased Rygin King into the gully and shot him.

As news of the artiste's shooting spread yesterday, well-wishers urged Rygin King to hang in there. Gaza Vice-President, Sikka Rymes, had some encouraging words. "Don't let go when di stress come, if I can do it you can do it too," Sikka Rymes captioned a video, which showed him being wheeled into a hospital last year December.

Sikka Rymes, who was shot three times and critically injured in the vicinity of Sovereign Centre, has since made an almost miraculous recovery.

Over on the Instagram page of Gaza leader, Vybz Kartel, the message was similar. "Don't give up youth! All who believe in God send up a prayer fi Rygin King please!" This plea was endorsed by rapper Beach Boii, Lisa Mercedes, ZJ Chrome and others.

Rygin King shot to prominence with the single, Tuff, and cemented his status with a performance at Reggae Sumfest 2018. He has since found success with a number of singles, which incorporate elements of commercial trap and R&B including Powerful, Star Life and Clean. Having cut his European tour short in March, owing to the COVID-19 pandemic, he was focusing on an album, which features production work from Colin 'Bulby' York, Sly and Robbie and English DJ, and producer Toddla T.