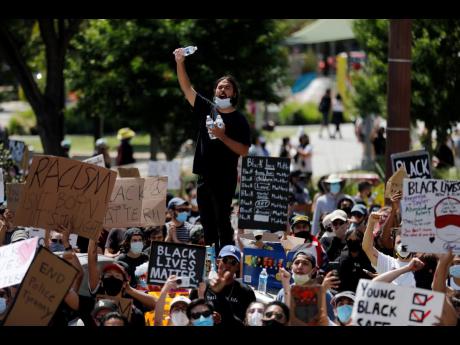 Demonstrators chant their slogans during a protest Thursday, June 4, in Los Angeles, over the death of George Floyd on May 25 in Minneapolis. 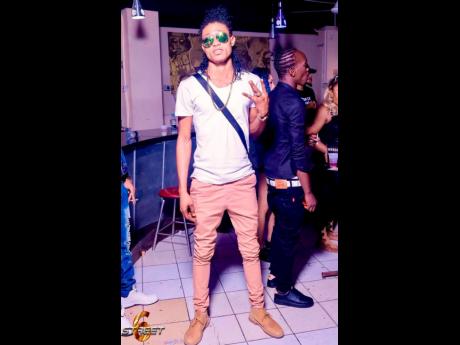 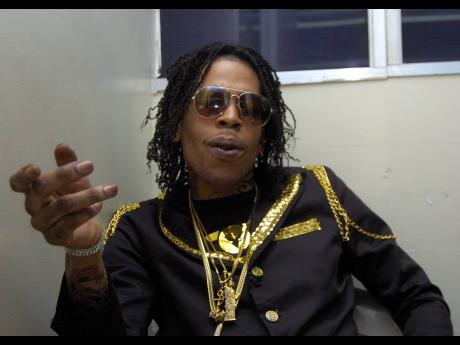 As local artistes continue to support the Black Lives Matter movement in the US, some social media users have called out some of their favourite personalities for playing hypocrites when it comes to fully embracing the skin they're in.

Re-hashing a timeless debate surrounding skin bleaching, some users have pointed out that while it's all well and good to stand in solidarity against racism, many artistes should start leading by example, by shunning the practice of lightening their skin.

But when THE WEEKEND STAR spoke to a few artistes who engage in skin-lightening, they expressed that before people come at them for 'bleaching', they should try talking about the issues that encourage the practice in the first place.

They explained that classism and colorism are the reasons many dark-skinned Jamaicans feel the need to alter their complexion.

"Bleaching for us is just style. We are not trying to be white people," said Gaza vice-president Sikka Rymes. "When white people take a tan, they are not trying to be black people. We support Black Lives Matter because we are black and we want to show our disapproval for police brutality against blacks. Furthermore, black people come in all different shades, so it matters not if a man bleach or not, the cause and the fight for freedom remains the same."

But Sikka Rymes also said that he would not pretend that people don't bleach because of insecurities placed on them by the 'system'.

"Maybe that's the conversation we need to be having," Rymes said. "Many people who bash skin bleachers in society are the very agents of the system who support colorism. Light-skinned girls are known to get more opportunities than darker skinned females. Even a simple thing like some of these corporations' Instagram pages. When you look at the pictures they post, you will notice a mainly 'browning'. But as usual, they won't address that. They are more likely to draw attention to the ghetto youth who a bleach."

Savage, who also practises skin-lightening, said he does it for the fashion but "I bleach my skin, not my mind".

He too expressed that Jamaicans realise classism and colorism are real issues but continue to sweep them under the rug. For controversial dancehall emcee Nuffy, it may be time Jamaica rolls back that rug.

"Most people who bleach is not because dem nuh love dem black skin. Dem nuh wah look like white people, a just circumstances, so make we talk bout dat instead. You can't blame the bleachers because the stereotypes in Jamaica set against the black man. If yuh go certain places when you look certain way, people look pan yuh different from how dem woulda look pan a light-skinned, straight hair woman or man," he said. "Black people just wah fit in more while. Dem watch how people treat other people and dem wah da treatment deh too so dem 'fix up' dem self. We fi look pan the situation weh exist inna Jamaica before we start lash out against artiste and other people weh a support black lives inna America. We know the things weh lead to bleaching so make we fix dat first."