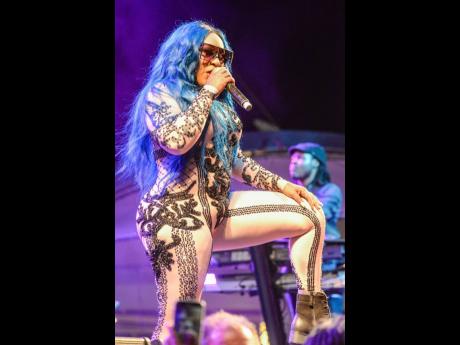 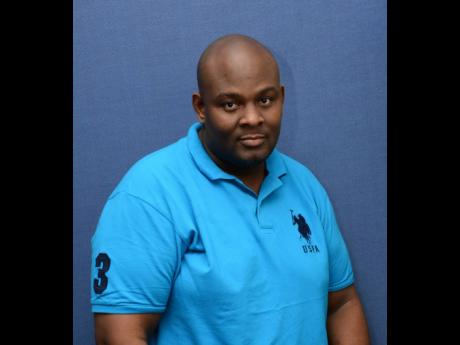 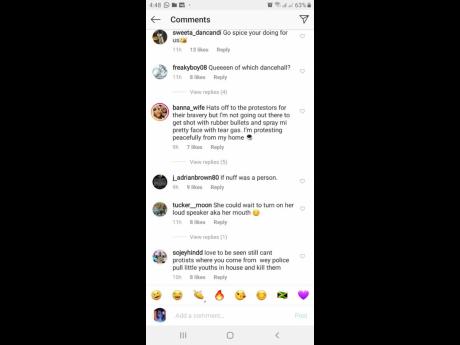 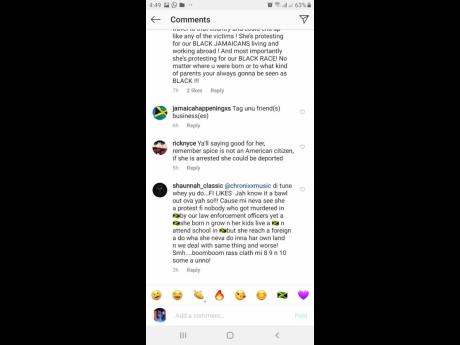 Posting a black square with the accompanied 'Blackout Tuesday' hashtag was not enough for Dancehall Queen Spice, who amped up her support of the Black Lives Matter movement by taking to the streets of Atlanta to join in public protests.

The Black Hypocrisy singer posted a video on her Instagram page on Tuesday which showed her in a large group of protesters including some of her Love and Hip Hop cast mates.

In the video, which has been reposted by several local blog sites, Spice can be heard chanting the phrases 'what do we want' and 'when do we want it' with the people replying 'Justice' and 'now'.

But Spice's efforts were met with a slew of negative comments from social media users who felt she was doing too much and trying too hard to support a 'non-Jamaican' issue.

Some social media users lashed out at dancehall's leading lady, lamenting that when Jamaica faces issues that warrant the same response, artistes like herself are usually nowhere to be found. Others also accused her of doing it 'for likes'.

Popular selector and Spice's long-time friend Richie Feelings said he is not surprised by the disparaging comments aimed at Spice.

He expressed that although standing up and speaking out against injustices is what the deejay does on a regular basis, many will say she's clout chasing.

"Spice did a song called Black Hypocrisy and if anybody remember correctly, when she did that song, she came out as a white woman and everybody wondered why she did it and dem say she dis and she dat. This march and her song have a similar message, dem go hand in hand," he said. "But me and you know say when it come on to Spice people always have the worst opinion. And if anybody know Spice like me know Spice, Spice is a rebel. She is very rebellious when it come on to social injustice. It's not because is my friend but I know anything she do, she not doing it for clout, she not doing it for hype, she not doing it for popularity. She doing it because it means something to her and she means well."

Feelings also pointed out that with Spice having her children with her in the US, the cause means that much more to her.

"Everybody want better for their children, who doesn't? If you as a parent have a son and a daughter, especially black children, you would like to see the world change for the betterment for your children and so she has all right to do what she's doing," he said. "She' s going to support this by all means necessary because she doing it for the cause and not how it look."

Spice, in a post made to her Instagram page yesterday, explained that she was protesting because "I am a black woman, with a black son and daughter".

"Stop criticising and get up and fight this fight. Together we stand ... I see your comments but black American or not, we all one word, 'black'!" she posted.

On Tuesday, the unfiltered Tanya Stephens also lashed out at critics, via an Instagram video, who called out Jamaican entertainers supporting the Black Lives Matter movement.

She said those claiming local entertainers do not address issues affecting the country of their birth with the same urgency are liars.