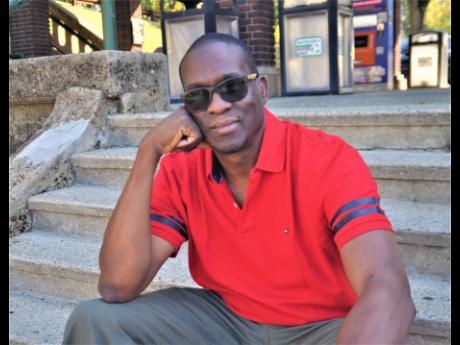 It is reggae month in New York too, and last week, Jamaican-born classical conductor-turned-reggae artiste Desmond launched his debut reggae album called Happiness is Priceless at Finn Partners on the city's east side.

The album is the outcome of Desmond's passion for reggae music, and the 10 songs on the set feature the combined creative energies of a number of local and overseas producers and musicians including Mikie Bennett, Dean Fraser, Courick Clarke, Sidney Mills, and James Gately.

The packed room of reporters and music industry influencers were surprised to learn that Desmond was abandoned by his mother at eight years old, and that he holds a doctoral degree in music, with a background in singing and conducting several high-profile choirs in Jamaica before turning his focus towards reggae music.

"The truth is that reggae has always been a parallel passion of mine, alongside classical music," he told The STAR. "But I got to a point where after years of studying, I wanted to make money, and this album is really about money- the choices one makes with an abundance of money, or the lack thereof," he added.

The Kingston College alumnus told the gathering about his fascinating journey from the Rollington Town Seventh-day Adventist Church and the KC Chapel Choir, moving on to the LTM National Pantomime, the National Chorale of Jamaica and the Diocesan Festival Choir. He also spoke about solo performance gigs on the northcoast, and becoming the first administrator for the Jamaica Association of Composers, Authors and Publishers, Ltd. (JACAP).

"I hold great expectations for this album and the early indicators with my own sales efforts are encouraging," he revealed. "The set is a hybrid of roots reggae, dancehall and R&B. I am hoping fans will embrace the music in a big way, and my expectation is to generate chart activity within a few weeks".

The lead track is called Rise Up, and other cuts are Happiness is Priceless, Kis s and Sell and Hiding My Car.