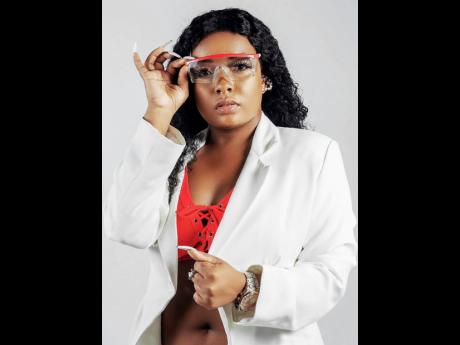 Recording artiste Neelah has her eyes locked on Africa and the United Kingdom, where she says her music has been well-received.

"The style of music that I do is marketable in those regions and with all restrictions here, it was a tactical move to branch out and have my music promoted overseas," Neelah told THE STAR. "My single Caution really created a buzz in the local space and did really well in setting a foundation for what I wanted for my career, but it was sort of limited to how far it go because of when it came out. Still, it taught me to expand my knowledge of dancehall and how it is accepted not only locally but on international stages."

A recent partnership entered between Cahban Rekords, which manages her portfolio and music production, and Zimbabwe-born, UK-based music promoter Bonnie Negombwe, is expected to help Neelah expand her audience. Neelah, 24, anticipates wide promotion of her upcoming six-track EP titled Ready, which is to be released on September 27 across Africa and Europe.

She is busy writing lyrics and listening to more rhythm projects that can potentially make for other collaborations with established Zimbabwean recording artiste Freeman HKD, with whom she recorded a song. He has been named a pioneer of the 'Zimdancehall' community, creating hits in the sub-genre of reggae and dancehall out of Zimbabwe.

She said, "I listen to his songs and Zimdancehall is so close to Jamaican dancehall, so I believe our local audience will be accepting of it. I'm looking forward to how people will react."

Neelah is the first Jamaican artiste to collaborate on a track with Freeman HKD, who is expected to visit the island in October to add the final touches to their song and complete the production of the music video.

Neelah is also watching the movement of Rewind, the second single from her EP. Cahban Rekords principal Dwayne Morris believes the single is certainly signalling her as a force.

"We have been hearing that the song is on repeat on most radio stations that play reggae and dancehall in the UK and Africa. So, more now, the level of excitement is at a high, to collaborate with artistes from those regions," he said. Morris said plans to have Neelah perform live in Africa are at an advanced stage.

"The shows have been confirmed and we are waiting for the green light. She will be touring in December for shows subject to the lifting of COVID-19 restrictions on those African countries," Morris said.