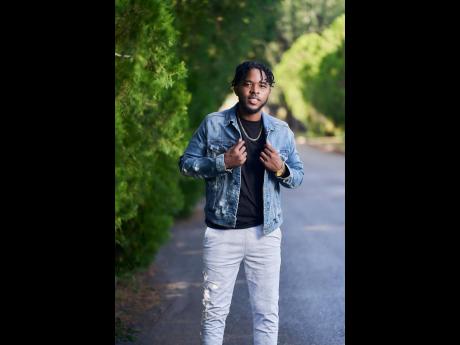 William Rojeik is making noise in the gospel music industry. With shouts of 'Jah Jah', listeners hear a blunt, almost rebellious gospel that is pushing the genre well beyond the traditional expectations in the recording artiste's latest single.

"People tend to associate Jah with Rastafarians and I wanted to show that there is an different type of feeling when raising our voices and saying 'Jah Jah'. Listening to the song, people will see it enunciates Jehovah Jireh, Jehovah Nissi, Jehovah Rapha (Jehoshua, Jehosophat and so on) as our provider, our healer, and taking comfort in what the Bible speaks to. Even words like Hallelujah speaks to Jah," he said.

Call his music contemporary-fusion or church dance gospel, the emerging musical minister will say he is just calling on the Almighty.

"It is about taking a moment to praise him, whether you're in a dark place or having seen the light at the end of the tunnel, just giving thanks and lifting our hands up to God," William Rojeik told THE WEEKEND STAR. "I was literally in the shower, the electricity went out, and that is when I got an idea and started dancing and writing to a rhythm I had in my head."

In 2015, at the age of 21, William Rojeik, given name Oshain Williams, debuted to the gospel community with his single Chosen Vessel and later, having formed a friendship with the producer-founder of Steele Plate Records Queson Brown, he put his trust in the label to help him navigate the industry further.

He said, "I was relatively new to the industry and I didn't know what to expect. However, after recording the first song, and releasing it, I became a little more comfortable. I was also attending UTech and was caught up with studying, but I am anxious to do more."

He finished studying for a bachelor's degree in information technology last year and also wed the love of his life Jahmila McKoy-Williams last September. They launched a web-development and graphic design company called OJ Productions. He is amazed at what can happen in the space of a year.

"I didn't do much at first when I started singing professionally, and one day I asked God why, and also how will I get the opportunity to put my voice out there. Queson only heard me sing two or three times and said that he saw potential in me and where I could go. He pulled me in, introduced me to artistes like Prodigal Son, Ryan Davis and Kukudoo, and mentored me and gave me my first song without me spending a dollar," said the appreciative singer.

Recalling his first encounter with God in 2021 while attending an evening service at the Church of God of Prophecy, William Rojeik said that he never sang in church prior to that night, but that he "felt the hands of God literally touch me as I accepted the invitation to sing. I didn't turn it down and instantly tears began to flow as if the Holy Spirit was moving over me."

He says that night he sang Kevin Downswell's Close To You and has since been closer to God and one with his talent.

"I normally write poetry but I give in to the urge to writing more music and lyrics. It might sound cliche but before then I never experienced what other people talked about 'having an encounter with God'. I am on the mission to spread God's word now and the only thing missing right now, are the opportunities to share on the big stages. It would literally be a dream to sing on Fun in the Son," William Rojeik said.