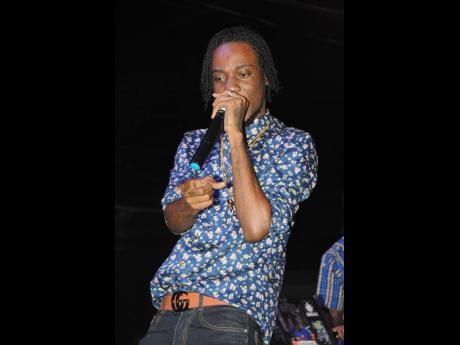 The past year has been a busy one for fast-rising entertainer Maestro Don. The dancehall deejay and songwriter said that he has been travelling and it has afforded him opportunities to make connections and experience new cultures, which has had a positive impact on his career.

"It has been tremendously active for me. I've also garnered new fans and a lot more attention and interest in my music," Maestro Don told THE WEEKEND STAR.

Maestro Don has been getting attention for his 2020 collaborations, Senorita, featuring D'yani, and Pioneer, featuring dancehall veteran Bounty Killer. The singles picked up momentum simultaneously with the latter, which is produced by Yardstyle Entertainment, added to BET Networks' rotation.

"When I first learned that the music video for Pioneer would be aired on BET, naturally I was elated. I told friends and family members to tune in to the channel to view the video. As a youth, I have tuned in to that platform and tried to model myself off the image and delivery of the hip hop and rap stars, dreaming of the day it would be me," he said.

"I wasn't expecting BET Soul or BET Jamz specifically, but I always knew that somewhere somehow this track would grab the attention of a very important entity. With this, I'm currently aiming at the Billboard charts."

Maestro Don, whose given name is Jason Dunn, was raised in Portmore, St Catherine, and developed an interest in the music industry while in high school. The recording artiste believes that the BET placement has a significant meaning not only as proof to the growth of his career but local culture.

"If you're a true lover and supporter of hardcore dancehall, the track is definitely for you," he said of Pioneer.

"The streaming simply means that by our genre of music being aired and viewed on mainstream media, and new platforms, it further showcases our unique culture and talent to a wider audience to help us gain new fans," Maestro Don added.