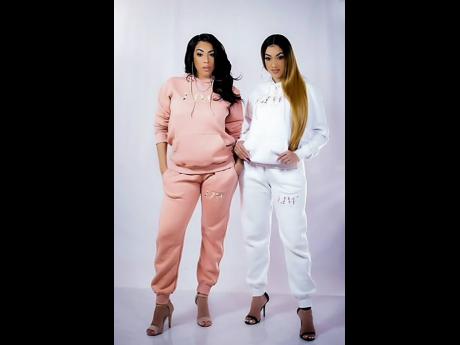 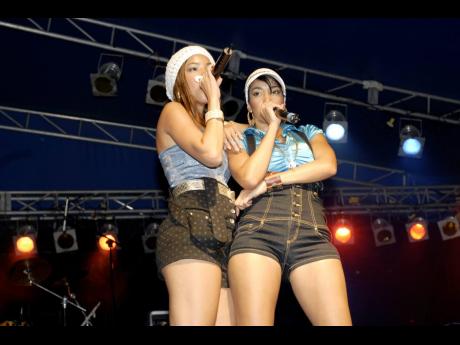 One-half of the fusion-dancehall musical duo Brick and Lace, Nyla, has something new to sing about - welcoming her newborn.

The singer announced the arrival of a little girl weighing eight pounds on Instagram a few weeks ago, and also thanked followers for their well wishes as she recovered from what was a tiring pregnancy and delivery.

Speaking to THE WEEKEND STAR, Nyla, who gave birth to her son Liam in December 2017, expressed that she has first-hand experience in how unpredictable pregnancy is.

"I felt a lot more fatigued this pregnancy. Of course, every pregnancy is different but I think the actual delivery was quicker than with my son. The first week after delivery was rough, but I'm slowly getting back to myself," she said.

The Never, Never singer did not reveal the actual type of delivery she had, because it was "a bit too personal", and emphasised that it was going to take some time for her to recover and that she was fine with it, because women, especially new moms, deserve time to heal.

"I'm feeling much better now; just giving thanks for my beautiful baby girl," Nyla said, adding that the name Bellamy Aria was chosen after searching the Internet for unique names.

"It just popped out at me as I really wasn't loving anything else," she said.

Bellamy, she said, means 'beautiful friend' and Aria has two meanings, 'gold' and 'song'; the latter was the little ones' daddy's pick. Nyla, given name Nailah Thorbourne, also shared that she had no plans of having anymore children.

In 2007, Nyla along with her sister Nyanda Thorbourne received a major breakthrough with their single, Love Is Wicked. The album of the same title was the first release from international recording artiste-producer Akon's KonLive Distribution label. The duo is known for other hits like Bad To Di Bone, Get That Clear and Push It Up.

In 2013, the sisters moved in different directions creatively but the brand Brick & Lace has remained a priority. Eight years later, they have successfully launched their Love Is Wicked merchandise line. The long-awaited venture also includes their sister Tasha Thorbourne, credited for writing the lyrics for the hit single, among other tracks. Music may not be at the top of Nyla's to-do list these days, but she said that it "will always be a part of who I am".

"Right now, I'm focusing on being a mom. I haven't been recording as much, I have more so been focusing on running the business with my sisters and looking into real estate investments with my husband. It's definitely still a balancing act. For me it's 'get it in when I can'," Nyla said.