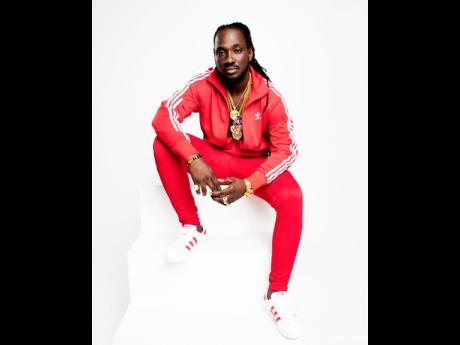 The Life Ain't Easy said that poor Jamaicans are having a hard time finding food and paying for essential services.

"It is the country's responsibility, and the people who are running the country, to make sure the people of the country are okay, that's their job. There must be a little budget that can help the lower-class people," I-Octane said.

The dancehall entertainer has been using his social media platform to call attention to the problem. He has also been engaged in the distribution of food to the needy. The artiste said that the initiative is not about promoting his brand. He said that he will be starting a not-for-profit organisation, Conquer The Globe Foundation, that will be focused on helping people in need.

"Me alone can't do it (so) me put the Government to the test and say, 'listen me ... gimme some trucks and things, me will put it with what I have and go into the community just fi give the people some rice, some flour, any little thing," I-Octane said.

"The people dem ah suffer and many people ah feel it, even people weh a work a feel it. The oil prices nah drop, so that means electricity bill a go up fi those working from home," he added.

The artiste also called his fellow entertainers to raise their voices in support of the cause.

"Me realise say majority of the people weh inna di music business come from ghetto and dem nah seh nothing, and dem platform big but dem fraid di system a guh violate dem, but the truth is, it still a violate yuh," he said.

"We can have a conversation without disrespecting a person, be diplomatic and address the prime minister. I did it, and I never cross no line with him," I-Octane added.