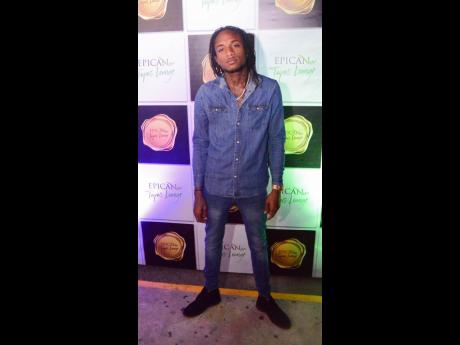 4th Genna recording artiste Jayds, known for his sultry lyrics and persuasive skills with the fairer sex, is currently working on a compendium titled Wet Dreams Vol. 2. He says this will be the sequel to Volume 1 that was released last summer.

"The fans have been asking for some time now, when am I going to release another project? They loved what I did on Wet Dreams Vol. 1, so based on the feedback, I had a meeting with my team, and a decision was taken to do a sequel," Jayds said.

Other projects presently on the agenda include a video for Alien Girl taken from his 2020 Traphall mixtape. This, along with a bevy of other in-house productions for the 4th Generation collective, is geared towards strengthening his presence in the dancehall space.

In the meantime, the entertainer has released the official video for No ID, a sonically pleasant composition featured on the Fever Temperature rhythm alongside noted act Aidonia.

Re-enacting the role of Alladin, set against a festive backdrop, Jayds grants ladies their wishes while navigating various scenarios, keeping it culturally appropriate.

The No ID project is Jayds' directorial debut.

"This year, the fans can expect to hear and see a lot more from me in both capacities as an artiste and producer," Jayds said.