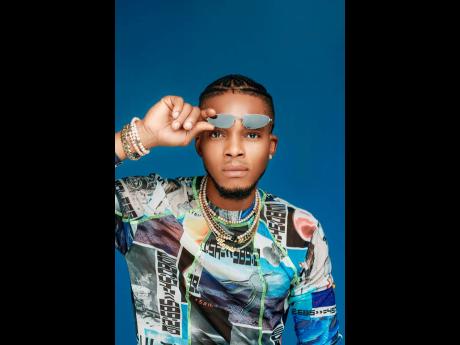 With a balanced blend of Afro-fusion, IceBeatChillz is banking on his latest collaboration with dancehall dignitary Beenie Man.

The Nigerian producer is emerging from beyond the studio controls and on to the airwaves in his latest crossover project titled Area.

"My main love is production. I make beats, or riddims as Jamaicans would phrase it, and I pride myself on making all of them sound of the highest quality. I must say though, that my riddims are not an attempt to cross over to dancehall, but are more of an inspiration and wherever the beat takes me, my voice will follow," IceBeatChillz said. "The collaboration of Area transpired not only through my love for dancehall but was inspired by my team who are predominantly Jamaicans who are here with me in Nigeria. The beat evolved into a dancehall feel, as with many of my beats, so who more fitting for a first collaboration than the King of Dancehall himself?"

The first thing IceBeatChillz says he hears when a dancehall song comes on the radio, is the musical components, but he attributes his deeper interest in the genre to artistes like Beenie Man, Vybz Kartel, and Buju Banton. He glorifies Jamaicans as "a talented people that there are too many to mention who inspire."

IceBeatChillz, given name Emana Silas Saintly, was born in the small state of Akwa Ibom in Nigeria where he earned the nickname 'Chillings' for his cool persona.

In 2014, he secured a position as a producer at List Entertainment, credited for exposing some of Africa's talented artistes including Wizkid. IceBeatChillz remained in the creative shadows as he dabbled in ghost writing and music production for several Afrobeat rising stars before starting his production career with his current name.

"It changed from 'Chillings' to 'Ice', and as a producer, the word 'beat' was added to mean cool beats or cool producer, and I have managed to embody that, or at least try," he said. "Now I am moving into a direction to make an entirely new market of Jamaican music lovers."

Nigeria's creative culture, he says, is booming, with an upsurge of young entertainers. He said that dancehall seems to set a template for all types of urban music.

"Jamaica is like a university of music to learn from. Many people from all cultures borrow from dancehall and reggae. It is heard popularly in the style and rhythm, the lyrics, and as far as the attitude," he said. "And Afrobeat is no exception, even though many of the artistes here in Africa don't necessarily recognise that dancehall especially is one of the core inspirations of the fusion genre. So it's important to give respect where respect is due."