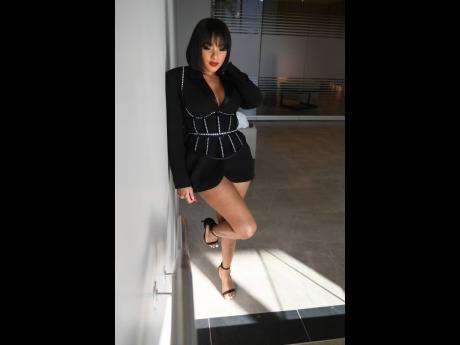 Ishawna: “Sex sells and me a milk it.”

Ishawna does not beat around the bush when it comes to risque behaviour. "Sex sells and mi a milk it," dancehall's 'top doll' confesses. "It is what it is and I have to embrace what I am about. I am a sex symbol, and I don't care who wah vex," she said.

In addition to cashing in from her music and endorsements, Ishawna is earning from OnlyFans -- a subscription platform from which she says she had made millions. And the Need Love singer is getting ready to start a web series that, she said, will shake up the online entertainment world.

"It's not going to be on Facebook or Instagram or anything like that so trust me, it's going to be out of this world. My OnlyFans account is somewhere that I get to interact with my fanbase and Want It Wednesdays is something completely different. It's gonna be 10 more notches up from OnlyFans," Ishawna said.

The series, a virtual house party that has been branded Want It Wednesdays, is set to start in October. "It's going to be like nothing you have experienced, because you know when girl put her name pan sup'mn a nuh nothing normal. It's anything goes at Want It Wednesdays. If you want to see something in my nose hole, come to Want It Wednesdays, I'll demonstrate. I'll do a tutorial. You'll see it there first, exclusive access."

"If yuh don't want see it, don't come over there because a baay carelessness a guh gwaan," Ishawna added.

The entertainer said that her team has been pulling out all the stops to ensure that content from the house party is not leaked.

"High security deh a dah gate yah. First of all, I don't think nobody that's going to actually come on the platform is gonna want to leak any info. This is not for no careless streggeh, idiot people weh a come fi screenshot. They're not going to pay their money to come and screenshot and send out nothing for free, because they want to feel exclusive."