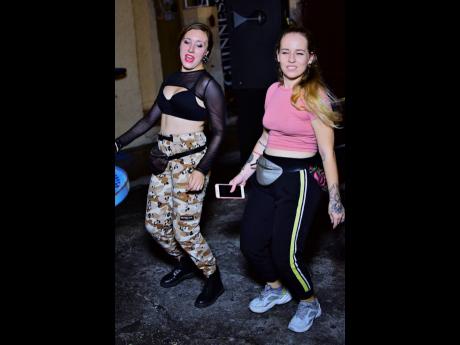 File photos The Russian pair of Daria (left) and Kari in a dancing mood at Weddy Weddy Wednesdayz earlier this month. 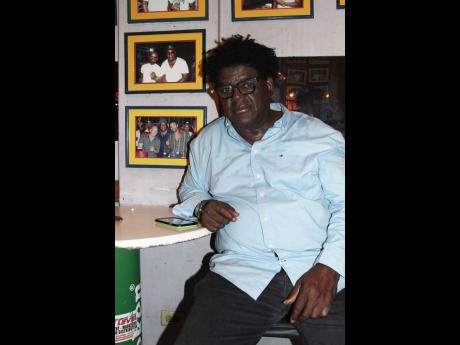 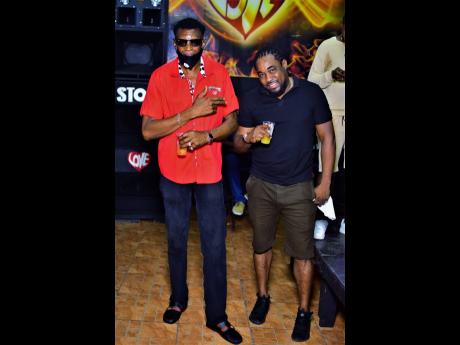 Promoters who host events from Mondays to Wednesdays are feeling jaded after the Government announced that small outdoor events, parties, launches and festivals can only be held from Thursdays to Sundays.

Local Government Minister Desmond McKenzie made the declaration in Parliament on Tuesday. The measure comes into effect on August 24.

Affected promoters told THE STAR that they feel as if the 'good' are now suffering for the 'bad'.

"I run an event on a Wednesday, which been in operation for over 16 years," said Winston 'Wee Pow' Powell, promoter of Weddy Weddy Wednesdayz. He said that since the reopening of the industry, his team has been conforming to the established protocols in order to prevent the spread of the virus. "Even the mayor (of Kingston) himself visited and gave us a passing mark."

"And yuh have people a keep events without permits, and dem nuh have nothing in place to follow the guidelines set out by the Government. Those people should be the ones facing shutdown. I would prefer if the Government was punishing people who violate the rules rather than cut the days," Powell said.

He suggested that at the rate at which the COVID cases are rising again, prosecution is the only way some people will learn.

"Lock dem up, fine dem, anything it takes to teach those not following the rules a lesson. But yuh can't have everybody facing the pressure, because some of us are doing the right thing," he said. Uptown Mondayz promoter Whitfield 'Witty' Henry told THE STAR that, like Powell, he pulled out all the stops in ensuring his event followed the COVID guidelines.

"It nuh fair. Some street dance weh di man dem nuh even have permit, much less sanitisation stuff, ahead of us now. The Government shoulda put more people on the ground to monitor the events and pull the plug on the ones who don't follow the rules. Shut down the ones violating the guidelines and prosecute them. Don't punish the ones who are abiding by the rules," he said. "Probably a sell mi affi go sell all my place now, because a from February mi nuh work, and now mi start to work again and dis happen. I don't know how I'm going to survive."

Tristan 'Touch A Blue' Tulloch, who hosts the weekly Cheap Mondays event, agreed with Henry about the Government sending more persons on the ground to monitor these events and shutting down the ones not complying.

"I will now have to suspend my event again until whenever they free us up again, but it nuh sit well with me, because myself and others like me who have been doing the right things are now suffering," he said.

McKenzie stipulated that the Government will be moving to prosecute those found violating the new protocols. He outlined that any person, venue and/or sound system found to be in breach of the permit granted to host their event will be barred for six months from obtaining another permit for entertainment events.

He also shared that any promoter, venue, sound system owner or operator who fails to comply with the protocols is liable on conviction to a maximum fine of J$1 million or face up to 12 months' imprisonment under the Disaster Risk Management Act.

The new protocols also outline that applications for permits must be made to the municipal corporations at least 15 days before the date of the event.

A copy of any permit that is granted must be prominently displayed at the entrance of the venue, at least eight hours before the event is scheduled to begin.

The number of persons at the event at any time shall not exceed 230 persons (200 patrons and 30 being performers or event staff).

There must also be audible public announcements every 15 minutes during the event, reminding patrons to wear masks when not drinking or eating, and to observe physical distancing.