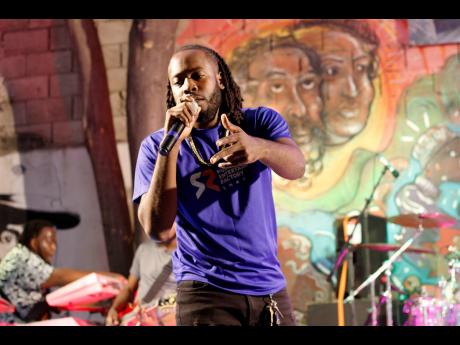 Av&nte is overwhelmed as he dedicates the final song of his set to Dean McKellar. 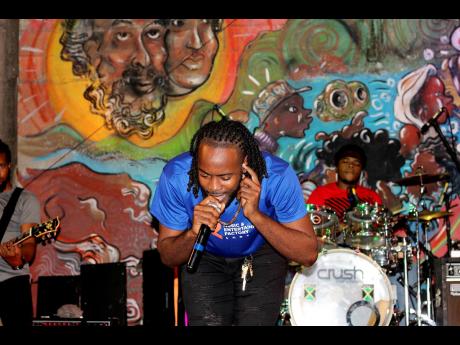 The death of music industry professional Dean McKellar has shaken members of the local reggae and dancehall communities.

A music teacher by day and a singer-songwriter all day, every day, Av&nte said he had consulted with McKellar, who was a lecturer, music rights activist and board member of the Jamaica Association of Composers, Authors and Publishers (JACAP) many times.

The last time they spoke was Wednesday.

"I know him [McKellar] from high school, before the desire to take the path of a music recording career became an idea," Av&nte told THE STAR. "He always advised me on copyright issues. The most recent challenge he assisted me with was to get producers to give me a share of streaming revenue for some projects, and Wednesday he actually reached out to provide me with feedback on a song I shared with him."

The singer-songwriter received the news on Thursday of the attack on McKellar, but said that up to Saturday morning he called the lecturer's mobile phone number to see if he could get an answer.

He said: "The way me cyaa believe the incident happened, I called the number to see if me could get through to him because is a man I would talk to for hours about music. It put me in a mental spot - to know the last conversation we had was the same day."

His latest recording, Anyone Else, which is slated for release in March, was the song Av&nte chose to dedicate to McKellar on stage, as it was the last song he had the opportunity to share with him.

"He called me to say this song can go places - strangely it speaks to the situation - no one is above anyone and life is more valuable than wealth and things because one minute someone is here, but the next minute is not guaranteed. I want to honour his contribution to my education by doing more quality music," he said.