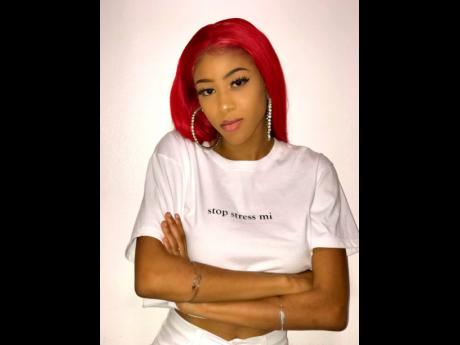 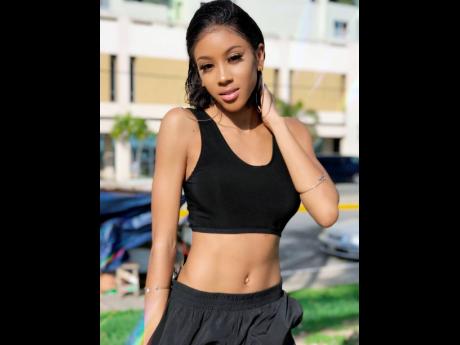 Only a few days ago, dancehall deejay Govana released, HAMANTS Convo, a track to promote his 'Humans and Monsters Are Not The Same (H.A.M.A.N.T.S.)' debut album.

In HAMANTS Convo, Govana puts a new spin on love triangles. The visuals for the song capture a fan who is completely star- struck. He engages Govana in light conversation after the entertainer called his girlfriend's phone, and it was only later that he realised that the artiste is involved with his partner.

The music video for HAMANTS Convo ends with the girl saying, "dirty Govana, yuh chat too much".

Aspiring sinjay Lanae is seeking to capitalise on those last words with her single Chat Too Much, recorded on a different rhythm with a similar 'sing and slow-talk' flow.

"There are three sides to a story. no matter how people say two sides, the man, the woman and the third side is the truth. I am writing the last two and speaking on behalf of the character they named Keisha in his original track."

"It is just a friendly response to a dancehall track like what I grew up seeing artistes do in the past. There needs to be more of that 'doing it for the likes-mentality', and so my team and I are just promoting it through platforms we can," she said.

Lanae said that she is not worried about any backlash that may come as a result of her song, which garnered little over 4,000 views up to yesterday while Govana's track was trending at the No. 1 spot on YouTube.

Lanae, who hails from the Green Pond area in St James, said that music flows through her veins and she plans to be one of the breakthrough artistes coming out of the parish.

She has previously released Baddest Ish and Hi School, which she names as her greatest project yet.

"Seeing artistes like Tommy Lee, Rygin King, Teejay, and the 6ixx's rising out of St James just makes me feel good. I got inspiration growing up there and my mother can sing, too. So time for a female lyricist to show she can make it," she said.