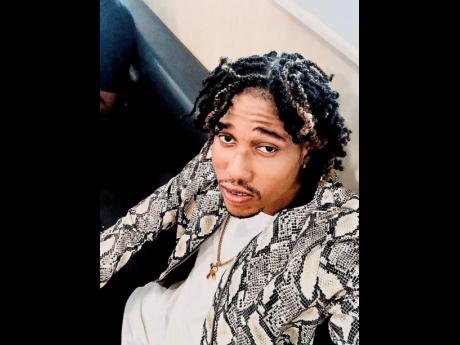 Self-proclaimed Gaza Nation VP Sikka Rymes appears to be in good spirits, despite the long haul to recovery. The recording artiste, who was shot in the vicinity of Sovereign Centre on Sunday, December 1, 2019, told The STAR that he had accepted that he would have to take a step back from the busy dancehall scene.

"My focus for 2020 is to get back up on my feet and finish everything I was supposed to do before 2019 ended. I had things planned from collaborations to a whole heap of music videos, but right now, because of the extent of the injuries and being diabetic, it looking like I won't be on my feet fully until about summer," Sikka Rymes said.

The fast-rising dancehall deejay is nursing three gunshot wounds - one in the lower back, which exited his chest, and the others in the right hand and leg.

"I wanted to at least return to recording, but I am unable to start because I have the inside stitches, where I was cut from my belly to my chest in surgery. I can't project my voice. I didn't really write my lyrics either; mostly freestyle, but I plan to do some tracks about this experience as soon as I can record."

Sikka Rymes, one of Vybz Kartel's proteges, was celebrating the success of Wul It Out, a tribute to the 'Gaza Boss' and Shawn Storm and his first solo record to trend on YouTube last November. It was the start of a strategy to release songs every week to stay current.

"We did have an original strategy a work with - drop this track this week yah, and then another one next week -but through the situation, me have to go put out more crops fi di people dem buy," he said.

The official music video for Gaza To Mi Bone, which was recorded the day before he was shot, was released yesterday.

"It rough, although me have enough songs to gwaan pop the road, still there is a lot of material recorded and not released yet, so maybe (I) have to put out two or three songs in one week now."