US army veteran takes a shot at music 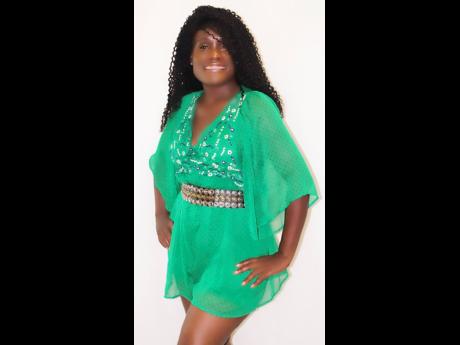 This year marks five years since Rosalina Rolyat, a Jamaican singer-songwriter living overseas, has been pursuing her dreams of making it big in the music industry. With serving in the US military, she told THE WEEKEND STAR, she has not been able to devote all her time to producing and promoting new music.

"Of course, I can't be on active duty and doing music; I was all over the place in Europe at one point, but everybody has a vice or bad habit. Some people use their free time to smoke, others party, what I am used to doing is music," Rolyat said.

While in the military, the budding artiste said she sought to strike a balance between her duties and her dream.

"I would set up a voice room in the locker or closet to record vocals for the various tracks I wanted to ship to my engineer, who is based in New Jersey; send them to him; then he would send them back, and repeat the process all over again until it was at the standard I wanted," she said.

She worked on her latest EP Wiser in that manner. But having just come off active duty in October, she is working to get the word out. The six-track production is a combination of gospel, R&B , dancehall and reggae or lovers' rock music, and a little EDM.

"The idea of Wiser is about me; I was very soft, but the military toughened me up and by becoming wiser, it meant speaking up for myself. Persons sometimes take my lack of response as timid or mistake it for ignorance, but it is actually wisdom. I will pretend like I don't know something just so that I can double learn."