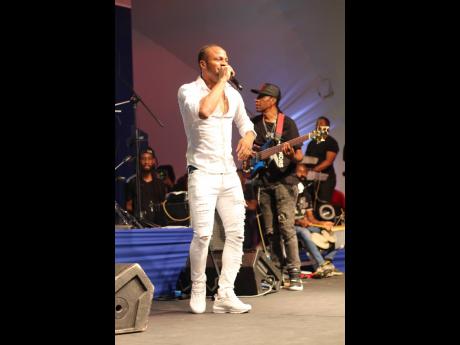 Dexta Daps gets emotional as he has to exit stage. 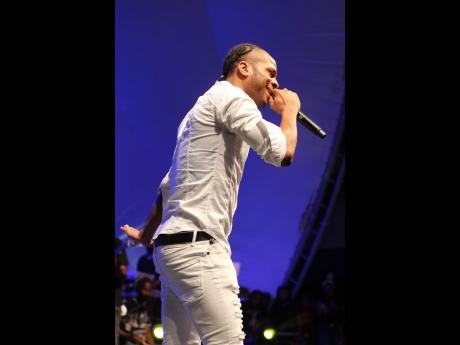 Signalling to the band, Dexta Daps asks for time to give the audience one more show of his musical gift. 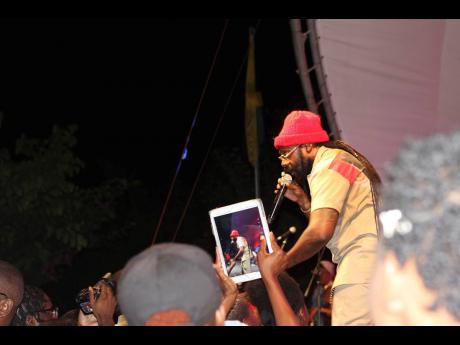 Tarrus Riley spends time to speak to some of the patrons after the show.
1
2
3

Dexta Daps was one of the performers who came out to support Tarrus Riley's Let Live Music Live concert at Emancipation Park in St Andrew, and while he performed some of his hit songs, 7Eleven, Feel Good, No Underwear, as well as Shabba Madda Pot and Leader in a balanced set. He did not get carried away.

"I made sure to censor the songs because I took note of the children, but that is also the reason we have a clean version for the people to sing to ... to tone down the explicit feature, especially for shows like these," he said after his performance.

Dexta Daps delivered a commanding and pulsating set at the free concert dubbed: 'Just Love'. He maintained his performance at a family-friendly level, despite prompting from some female members of the audience who screamed for explicit lyrics even as they scrambled to touch the Flight Mode artiste. Dexta Daps was enjoying every bit of it as the sweat flowed down his face like a river.

"Mi ah get emotional. Can't believe mi haffi come off the stage and a mi just ah get into it, but we a hol' it."

Heavy-hitting acts such as Govana, Chi Ching Ching, Kemar Highcon, Laa Lee, Capleton, and Beenie Man were among the entertainers who graced the stage at the Tarrus Riley-produced and promoted show.

"When you have trust in someone, like Tarrus, anything he promotes or is involved in, is just bear trust and good energy, and once love is involved, I am fully, 100 per cent supportive," Dexta Daps said.