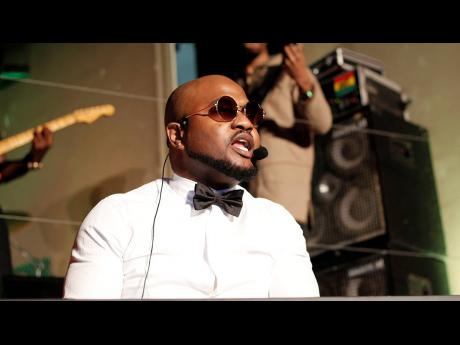 Serani at the keyboards performing for Tracks Live Sessions. 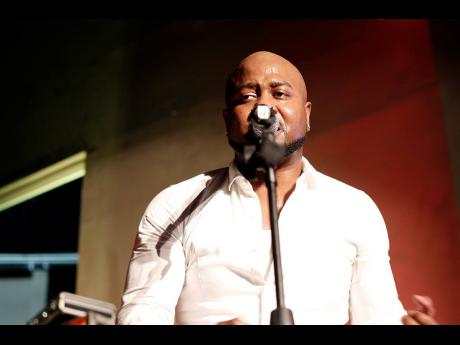 As Serani's star continues to rise in international skies, it's not surprising to learn that he is working with diverse artistes like Nigerian singer and songwriter Burna Boy, whose ' African Giant' album was nominated for the 62nd Grammy Awards in the Best World Music Album category.

In fact, Serani is featured on the Grammy-nominated album.

"Just saying that I am part of an album that is nominated for a Grammy Award means a lot. When I was a child, my dream was to be a hit producer, I had no dream of being a singer," Serani told The STAR.

The entertainer's career started out in production and songwriting, a co-writer for We Be Burnin', one of Sean Paul's biggest hits to make it on the Billboard Hot 100 Charts. He is also credited for being instrumental in breakout productions for Mavado, Bugle and Alaine.

"It was one of my best; I have had major success with We Be Burnin' as a songwriter and producer, and then I got major success with No Games in 2009, which also made it on the Billboard Charts. So when I am part of an album with vocals, for which I have been told is one of the best songs on the album, and should be a single, it means a lot man."

The Burna Boy track, titled Secret , which also features R&B sensation Jeremih, did not start out as a collaboration. Serani said it was meant to be a solo project.

"I happened to hear the beat, through my engineer and the persons he was working with at the studio, and liked it. It sounded slightly unfinished, so I had a guitarist add to it and in no time, I had three verses recorded on the rhythm ... Burna Boy was nowhere in the picture," he said.

"My manager sent it to Burna Boy's people and from there a recording relationship developed, which transpired into Secret, featured on the now Grammy-nominated album, and we are awaiting the final cut for the video."

He said as with previous music projects he has written or produced, the aim has always been to make songs the world can relate to.

"Before thinking about being nominated, for example, when making beats, it is always so that not only local music lovers and the diaspora can find it relatable, but to have like Beyonce doing the dutty wine. That's world music. There are so many different things I do to make my music reach further than just a regular Jamaican artiste," he said.

Serani and Tanya Stephens were the featured artistes at the final Tracks Live Sessions for the year, which was held at Usain Bolt's Tracks and Records in St Andrew last Thursday.