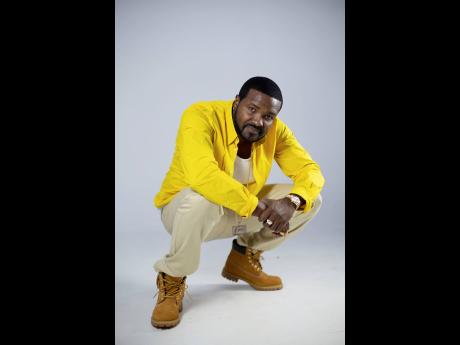 Contrary to what many entertainers think, Barrington Smallhorne, a Jamaica-born rapper, believes that the best place to release new music is Jamaica.

Smallhorne, better known as Faice, was hit by a different culture when he migrated to the Bronx, the United States, as a youngster.

When he returned to the island, he was a grown man with children and a career in the traditional music of the streets of New York.

"It was definitely a type of culture shock, but I was raised in the birthplace of hip hop and spent a lot of time around Americans, even though the US still had a lot of persons from the Caribbean diaspora," Faice told THE WEEKEND STAR.

Faice has returned to the island to launch his music career on a different level. He said, "Jamaica is a very powerful music hub, one of the best places to outlet your music despite local artistes seeking ways to market themselves overseas. I say this because people listen to lyrics here; my experience in other places is that persons are more tuned in to the beats being catchy or an image."

Already, the rapper has three albums under his belt and has performed with hip-hop veterans like Mobb Deep.

Faice and About Faice were his first two albums. He is currently promoting Buried Treasure, a 19-track album dedicated to his daughter, Kwanza, who passed away in the early 2000s.

"Time, but financial strains added with the emotional burdens, made me lose track of my career in music for a few years, but last year, I was pushed to jump back into the game," he said. "I never stopped writing because it is my primary means of relaxation and means of expression, but it is called Buried Treasure based on the fact that many of the tracks were uncovered last year when I decided to put out the project."

The next phase of the rapper's marketing plan involves doing more collaborations with dancehall and reggae entertainers. already, he has recorded with Sizzla, Elephant Man, Destiny Sparta and Dre Zee.