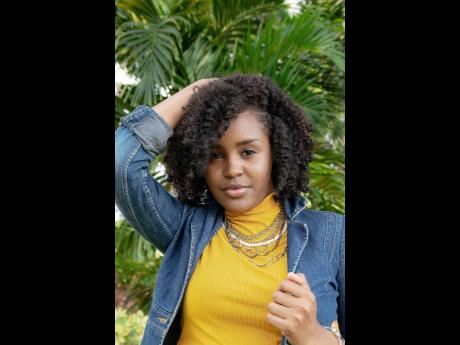 Back-up singer Racquel ‘Rae Nicole’ Stephenson is ready for the front of the stage. 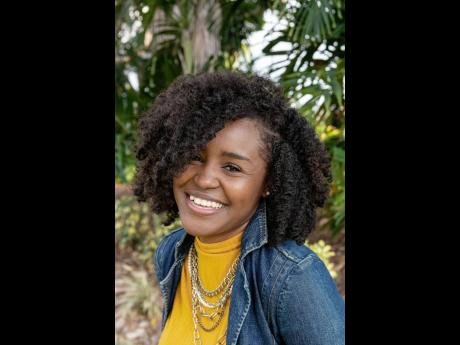 Have you ever watched the backup singers on a stage? The singers are in a world of their own, either feeling out the music or being focused on hitting the right notes needed to make the main performer sound extraordinary.

For Racquel Stephenson, one of the backup singers in Protoje’s Indiggnation Band, who goes by the stage name Rae Nicole, it is about keeping calm – just like her sound.

“I am a calm person, so most times, I try to portray it in my music. I want my music to bring a sense of peace that will make them (listeners) feel relaxed to just sit back, listen, and have a cool glass of lemonade,” Rae Nicole said.

The singer’s recipe for life’s ‘lemonade’ is a balanced mixture of family time and her Christian beliefs – and let’s not forget music.

“I find peace with those; it is about the things that uplift my spirit and in the hardest of times they help me to relax,” she said.

A few minutes of Anita Baker, Patti Page, or any oldie – or even a little bit of gospel music – can turn a sour moment into the sweetest memory for this rising star.

The singing styles of the named veterans also influence her sound, which is a fusion of jazz, soul, reggae and rhythm and blues.

Her debut single, Feeling Irie, produced by Phuzzion, explains how deeply she feels about music and the future of her career in the industry.

She said, “It is a song about the effect music can have on a person. It can take one through a journey of finding self, make you fall in love, and it can heal you.”

The track was created four years ago during a rap session with producer Indie Allen, who is credited for writing the lyrics.

But the song was never officially released, although they had been performing it.

She admitted, “I thought I needed to be ready first, but I have learnt that you won’t always be ready; sometimes you have to take a leap of faith and trust God to guide you.”

She continued: “People will see me and say ‘Yuh nuh buss yet?’ I am ready to take on the music world; I feel it is long overdue.”

She does not want people to misinterpret this move as her being ready to give up her position as a backup singer. The past eight years working the stage with Protoje, as well as other entertainers, like Maxi Priest, Ikaya, Dre Island, and Romain Virgo, have shaped her into a strong vocalist.

“I have been doing this since 2011, the last two years with Protoje. It has just been lessons on top of lessons. The most important lesson has been what it means to be patient, and it comes from the simplest of experiences, like dealing with a flight delay while on tour,” she said.

People can catch her at Reggae Talks with Indie Allen tonight at 22 Barbican Road and listen out for her next track, Right Wor ds, on Phuzzion’s ‘Cherish’ rhythm.

Inspirations: “I am inspired by the universe; I try to learn a bit from everybody and everything that comes into my path. I open my eyes, and I am easily inspired.”

Interesting fact: “I am a very social person but also very shy, and once I go into my little box, I stay there until I get the courage to push myself out of it.”