Create your own buzz, says Rayvon 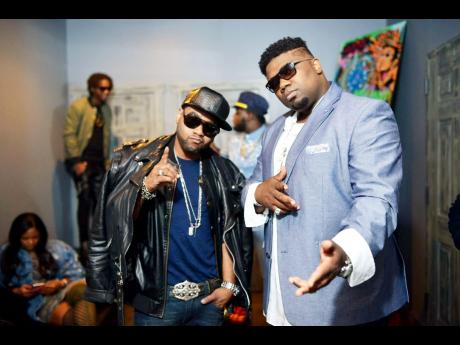 Platinum-selling recording artiste Rayvon, along with his frequent collaborator, Shaggy, achieved global success for the song 'Angel', which was done in 2000 and climbed the Billboard charts.

The record was released under major label Geffen Records, owned by Universal Music Group. The record went on to sell over a million units and was ranked the 17th most successful song of 2001 in the United States.

However, without the backing of the major label, Rayvon has seen less success as an independent act. He recently told THE WEEKEND STAR that the independent route grants freedom.

"As an independent artiste, it provides flexibility when releasing songs and doing combinations with other artistes because you do not have as much red tape to cut through. The industry is currently singles driven, so it is a plus, I think. Another plus is you have creative control," he said.

He advises young talents to generate their own buzz.

"It may be difficult for some artistes to get deals because sometimes it might be financial. Today, you have to create your own buzz in the business in order to be recognised, and that can take a good budget, studio, production, marketing and promotion. This has to happen before the deal in today's market, so you need good backing with a plan," he said.

The artiste also noted that labels will only return to the island when the artistes improve their level of professionalism.

"Artistes need to keep doing good, competitive music and find a great business plan. They need to be professional, which means don't show up for interviews or engagements three hours late," he said.

Rayvon has a collaboration with Sugar Bear titled Sugarcane. A release party for the record was recently held at the Limelight Club in Half-Way Tree.

"When you are a signed artiste, you have some access to the major label's pipeline, which gets your music where it needs to be in order to really compete. When independent, you have to go into each territory to promote," he said.