Men must know how to lead 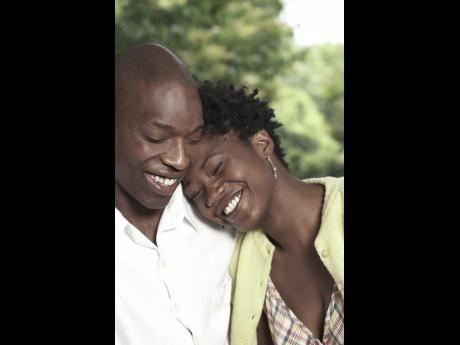 It's time to step up! Single men, it's time to step up! No, I am not campaigning for election, but our men have stepped down for a while now and it's now time to get back to that place because it really takes a 'man' to be an initiator for you to have a good relationship.

Am I sexist? No. Sexy? Yes, but not sexist. I just believe that there is a place where men ought to be. The animals portray it so why shouldn't you? After all, we do want real men in our homes and beds.

If you hang around some single women long enough, especially single Christian women, you're bound to encounter a certain emotion.

If you're thinking loneliness, guess again. The prevailing emotion is frustration.

Men are frustrated because they don't understand what women want from them. Or, if they do have a clue, they feel the expectations are too high.

Women, on the other hand, are frustrated because they want men to take initiative, to court, date, propose, and ultimately, to lead sexually and otherwise.

That's right, lead. Now don't believe everything you hear. Certainly, women are more assertive now and don't mind making the first move if they see a guy they like because we do know how to take charge. This may be one of our flaws in marriages and relationships (men naw dweet, so we have to...) So, yes, we can give a hint, but women still believe that God assigned respective roles to the sexes - we want to be led by 'good' men.

So, what's to be done about the stalemate? How should men and women move toward deeper friendship, possibly even engagement and marriage?

It takes a real man to be an initiator. Relationship building with the opposite sex is risky for the 'two to become one'. However, this will never happen until you, as a man, accept your God-given role, an acceptance that includes:

* believing that men should initiate the relationship.

* understanding that preparing yourself for a relationship is part of becoming a man.

The truth is, many of our boys have no 'rites of passage' No one to show them how to be a man, they just catch and assume things as they grow older.

This may sound old-fashioned, but I believe it, not for the sake of tradition, but because it is biblical. Yep, my pastors' robe is on. Marriage is meant to be, among other things, an illustration of the relationship between Christ and the church (Ephesians 5); the husband typifies Christ and the wife typifies the church. Clearly it is Christ who initiates the relationship; "We love, because He first loved us." (1 John 4:19).

Read the book, it's called good because it's good. Furthermore, Ephesians 5 passage describes the husband as 'the head of the wife'. Men are created to be leaders. This is not an empowerment that mystically comes over a man at his wedding, but part of his inherent nature. If a man shirks relational leadership prior to marriage, chances are slim that he will properly assume it after.

Ladies, some of you shirk this because you don't fully understand it, but 'two bull cyan reign inna one pen'. I didn't say, be a doormat, so get up off the floor. I said men are to lead, but lead lovingly, and if it's love I know you will follow, nuh true?