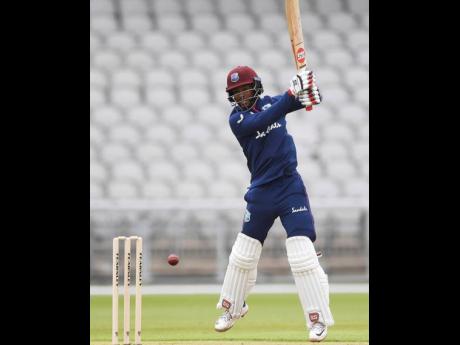 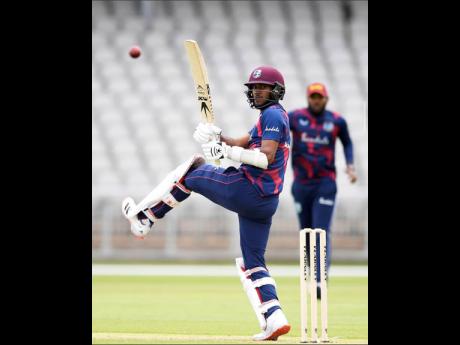 Opener Kraigg Brathwaite and middle-order batsman Shai Hope both scored half-centuries on the opening day of their three-day West Indies Inter-Squad warm-up game for the first Test against England next month.

At stumps, Brathwaite's XI made 275 all out against Jason Holder XI, thanks to a workmanlike 84 from 162 balls with nine fours from Brathwaite and 83 from 127 balls from Hope, who hit 11 boundaries.

The half-century knock was a return to form of sorts for Brathwaite, who had a lukewarm West Indies Championship season where he mustered just 468 runs in 15 innings at an average of 33.42.

The lengthy lay-off didn't seem to faze pacer Alzarri Joseph, who continued his good form from the Championship, bagging four for 60 from 16 overs, while Shannon Gabriel looked in good touch after returning from injury, picking up 3 for 32.

Jamaican opener John Campbell did not have the best of starts on tour as he fell to Gabriel for nought after facing just 16 balls.

Roston Chase chipped in with 37 from 61 balls while Raymon Reifer and Shamarh Brooks got 18 and 17 runs, respectively.

Kemar Roach, Preston McSween and Rahkeem Cornwall bagged a wicket apiece on a day that saw the regional cricketers getting their feet wet in English match conditions for the first time.

"It was a good day all round as the sun shone nicely here in Manchester," said coach Roddy Estwick. "It was nice to see Kraigg (Brathwaite) and Shai (Hope) get half-centuries after such a long lay-off, and Shannon (Gabriel) showed that he is getting back to being in peak condition. Alzarri also came back after tea and bowled well, so all in all it was a good day."