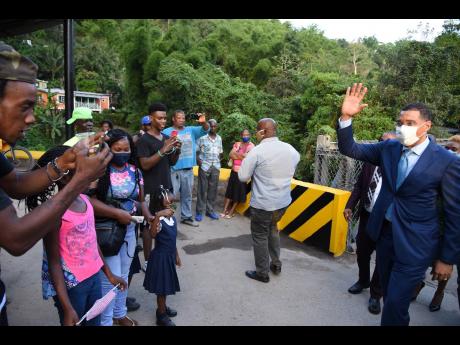 Prime Minister Andrew Holness waves to residents of Bowden Hill shortly after the opening of the Bowden Hill Bridge on Thursday. 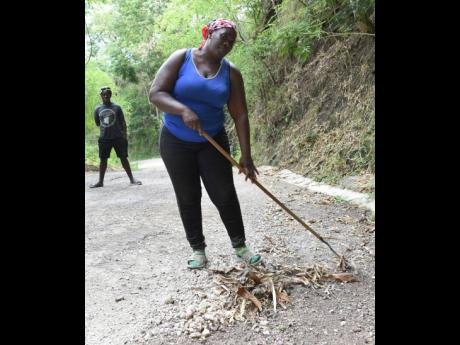 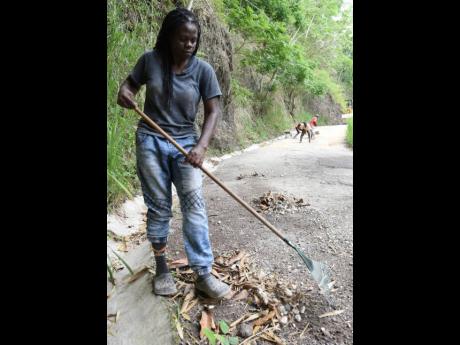 Lorna Scott and Marsha Dennie are anxious to see their business rebounding after months of stagnation. The women who operate shops in their Bowden Hill community of west rural St Andrew are among hundreds who were affected after the Bowden Hill Bridge collapsed last February.

On Thursday, they breathed a collective sigh of relief after a new bridge was commissioned into service by Prime Minister Andrew Holness and Kingston's Mayor Delroy Williams. It was built at a cost of more than $31 million.

"Me feel excited. A long time me a wait on this," Scott told THE WEEKEND STAR on Thursday. "A true you nuh know how good me feel because me cookshop can start make back some money now. From the bridge bruk down it set me back. A whole heap a people couldn't come in freely as they like to purchase food."

The bridge leads to several communities including Airy Castle and the Bowden Hill district, which is home of the popular Falling Edge Waterfalls and Bowden Hill Primary and Infant School. Dennie, a grocery shop operator, said her business was suffering due to the collapse of the bridge. She is glad that a new one is now in place.

"Me feel grateful that the bridge a open because things will be better for my business. A long time me nuh get no good sale," Dennie said.

Following the collapse of the bridge, residents began using an alternative route, but that too was washed out by heavy rains.

"The alternate route that we had to use, the Hermitage Dam, came down and wash it away and we had to take something towards the bridge and walk across and get something from there, so it's just double fare. It used to drain me just to think about the journey I had to walk," Olivia Dennie said.

Juliet Cuthbert Flynn, member of parliament for West Rural St Andrew, told THE WEEKEND STAR that she is excited to see the re-opening of the bridge.

"It means a lot to me, especially for the fact that they didn't have a bridge for a while. Meaning, persons would have to cross over a river in some form of way. There is also a business place here, Strawn Castle, that they have a number of weddings on a weekly basis, and they were really struggling after the bridge broke down. Other local business would have felt the impact also," said Cuthbert Flynn

Prime Minister Andrew Holness said the re-opening of the bridge is part of restoring the economy "because when it went down, many business were also down."

"It is up and we want people to go back now to have their weddings, and this is a place that people traverse to come and enjoy some of the beautiful nature. We want activity to return to this area," Holness said.