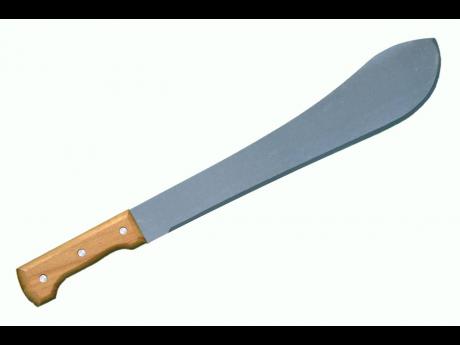 Two children have been hospitalised after they were chopped, allegedly by the boyfriend of a relative, on Tuesday night on Panton Street in Old Harbour, St Catherine.

According to the head of the St Catherine South police, Senior Superintendent Clive Blair, the children were attacked yesterday, after the man reportedly attempted to sexually assault one of them.

"We understand that he was trying to assault a 13-year-old, who lived in the household that his girlfriend lived. Someone in the family drew their attention to it, and it is alleged that he attacked the 13-year-old and an 11-year-old and chopped them," he said.

The attacker fled the scene and is currently being sought by the police.

A resident of the St Catherine community told THE STAR that shortly after the incident, an angry crowd went to the home of the accused, demanding to know his whereabouts.

"When she (his sister) tell dem say she don't know where him run gone, dem never believe her and bun down her one-room house. Mi glad dem never hurt her still, but mi want the police or the people dem find da bwoy deh, because him wicked bad and we nah tolerate dem people ya inna di place," the resident said.