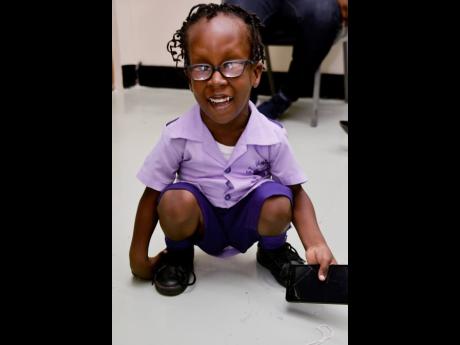 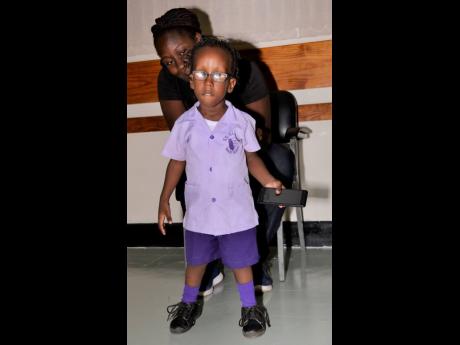 Lashaun’s poses for a picture with his mom 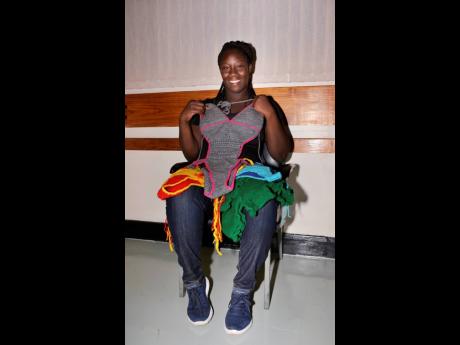 Two years ago, doctors informed Shanice Rowe that her baby would not live to see his third birthday. Her son, Lashaun Rowe, was born with Walker-Warburg Syndrome, a rare disease which affects the muscles, eyes and brain.

Defying all odds, Lashaun is just one week away from his fourth birthday and is now walking and running. He has even been enrolled in a basic school.

"He started walking a year ago and when I first saw him I was so excited. I started to laugh, I cried, I jumped. My sister was saying to me. 'Pick an emotion nuh'. I am really proud; my child is truly one of a kind. I am hopeful now that he can live to see five and six," his mother told THE STAR. "You can't get him to sit down for two seconds since him start walk, but I am beginning to worry about his seizures," she continued.

Back in 2017, in an interview with THE STAR, Shanice appealed for help to cover the cost of Lashaun's surgery. Having received the help that she needed, she is now faced with a new challenge, as young Rowe has developed seizures.

"He is wearing glasses and has started school, but now he has started having seizures. The last one he had was last Thursday and I had to rush him to the Spanish Town Hospital. So, now he is in need of an electrocardiogram (ECG) and he needs to see a neurologist to see why he is having the seizures," she said.

The joy of watching her son grow up is now turning to fear as just last Thursday, his heart stopped beating after suffering from a second seizure.

"I ran to the Spanish Town Hospital with him in my hand because he had stopped breathing. I am worried because the doctors don't know why his heart stopped and I am afraid that if he has another seizure, that will be the end of it. Last Thursday was the longest 10 minutes of my life," she said.

Shanice is once again faced with the financial burden of covering his medical costs, and, though she crotchets swimwear for sale, business has been slow. She is asking persons to help her son get the medical attention he needs to survive. Shanice is requesting help with the $74,000 she needs to cover the cost of an ECG, neurologist and a magnetic resonance imaging.